It’s Wednesday, and you know what that means: more cannabis news! This week, let’s dive into the latest updates on dispensaries, cannabis education, and the plant’s advocates’ representation in the government.

Medical cannabis has been legal in Oklahoma since 2018, but this month, 7-Eleven has started waging war with the state’s marijuana industry, reports The Fresh Toast. Back in January, the corporation bought out a number of properties leased to cannabis dispensaries. Now, at the last minute, 7-Eleven is informing the businesses that their leases won’t be renewed and they have to vacate by the end of June. This, apparently, has been 7-Eleven’s plan since purchasing the properties at the beginning of the year, and it’s clear that they consider legitimate medical marijuana businesses to be criminal activity. The Oklahoma cannabis industry has been super successful, with sales hitting $73 million in the state last month, but this new development could pose “a devastating setback” to locally owned pot shops.

The Chicago Tribune writes that, according to recent research, the majority of legal cannabis consumers “lack foundational knowledge about marijuana’s effects, risks, and benefits.” A new report conducted by Oasis Intelligence surveyed more than 20,000 cannabis customers across the United States, making it one of the most comprehensive surveys of cannabis consumers today. Customers cite friends as their number one source of information about cannabis products, and aren’t familiar with terms like the “entourage effect” and “endocannabinoid system.” The disparity between consumers’ knowledge compared to the sheer amount of information out there about cannabis makes it difficult to predict which products will be successful on the market. You can always learn more about these terms and more on our blog, so you can make informed decisions about your cannabis consumption.

US most popular strains

Now to get a little political: the Green Party has chosen their candidate for the 2020 election, reports The Metro Times, and his platform is appealing to stoners. His name is Howie Hawkins, a member of the Green Party since the 1980’s who is an advocate for the legalization of marijuana. He and his running mate Angela Walker won enough delegates to secure the nomination, and this is his first time running for the presidency. Hawkins, in the long-shot chance that he is elected president, claims that he would try to change federal law to legalize marijuana. Although the political system in the US favors the two major parties, Hawkins hopes that he, at the very least, can get some of these issues into the larger narrative.

Thank you for tuning in to the latest stories about marijuana. Keeping yourself informed is incredibly important, so keep it up! Let us know what you think about these stories in the comments below, and check back next week for more cannabis news!

﻿Liked Like 1
Previous article   Next article
﻿Oops, no comments yet. Be the first one to give your feedback!
﻿Add new comment
Recommended articles 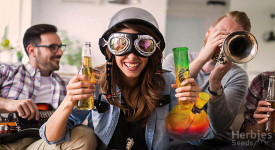 25 March 2020
Fun Weed Activities To Do During Quarantine

19 June 2020
Top 10 Best Games To Play When High: From Being A Literal Goose To Exploring The Universe 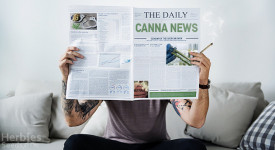 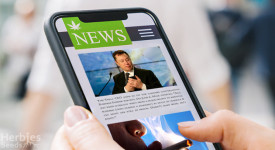 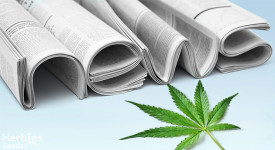 5 June 2020
Latest Cannabis News (June 5 2020)
Blog Show All
15 July 2020 Why Neem Oil Should Become The Newest Addition To Your Cannabis Garden 14 July 2020 How To Get Rid Of A High 13 July 2020 Dinafem Seeds' Top 5 Reliable And Potent Products: Flagship Strains Series 12 July 2020 Cannabis Magnesium Deficiency – What Causes It, How To Spot It And How To Fix It 10 July 2020 You’re High, What’s Next? Best Things To Do While High And Top Strains To Pair Them With
﻿News Show all
8 July 2020 Complete List Of Changes In The Work Of Herbies Caused By COVID-19 5 March 2020 Important Notice: Make Sure Your Card Supports 3D Secure 9 July 2020 A Very Important Personality Test: What Kind Of Cat Are You?