The Legality Of Cannabis And Its Seeds In The UK 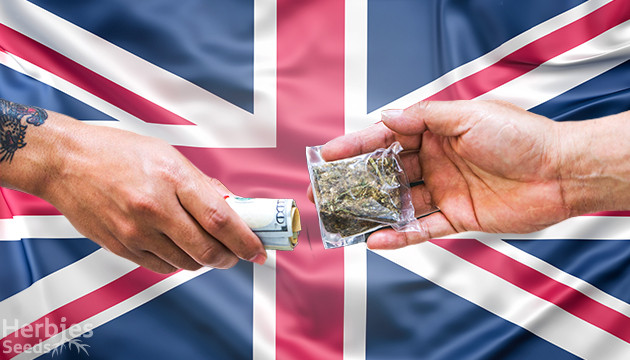 Is weed legal in England and the UK? Unfortunately, no. Cannabis is classified by the government as a Class B substance, ranking it alongside ketamine and codeine and making it illegal to consume, buy, sell, or grow anywhere in the UK. What are the specifics of the illegality of cannabis? But how do those laws apply to personal use or the purchase of cannabis seeds? Read further to find out.

In the last century, the UK government has put several laws in place to secure the illegality of cannabis, making it difficult for recreational and medical users alike to get their hands on some ganja. Cannabis was banned in 1928, as was its medical use in 1971. Growing plants was also made illegal in 1964. Jump to today and UK weed laws are still pretty strict. It remains illegal to possess, grow, or distribute anywhere in the United Kingdom. This includes cannabis intended for personal use, and it’s even illegal to smoke weed on your own property. In the last couple of years, medical cannabis has been legalized in the UK, but not for very many patients.

What’s The Deal With Medical Cannabis? 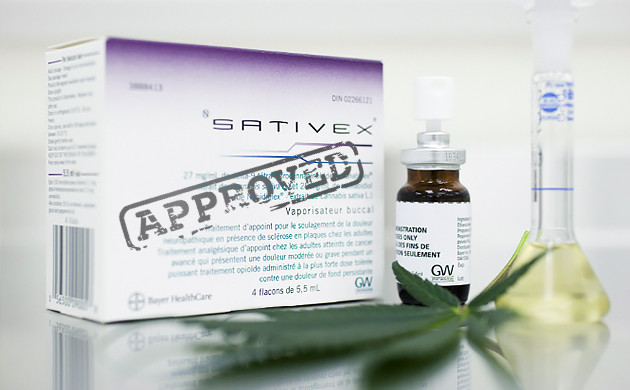 Medical marijuana is legal in the UK as of November 2018, but the heavy restrictions make it hard to obtain. General practitioners are not allowed to prescribe cannabis; instead, it must be prescribed by a specialist, of which there are very few. There is also only one government-approved cannabis-based drug currently available to patients: Sativex, which patients may use to treat Multiple Sclerosis (MS). Not very many people have therefore been able to get a medical prescription for cannabis.

So what happens if you get caught with weed without a prescription? If the police catch you with only a very small amount of cannabis – less than an ounce, usually – they can issue you a warning or fine. Many police forces will turn a blind eye to personal use, and there is a fairly lenient ‘three strikes policy’ for personal use. However, being caught with any amount of cannabis could still result in a punishment as harsh as up to 5 years in prison, and conviction of producing and supplying carries a sentence of up to 14 years.

Legality Of Cannabis Seeds In The UK 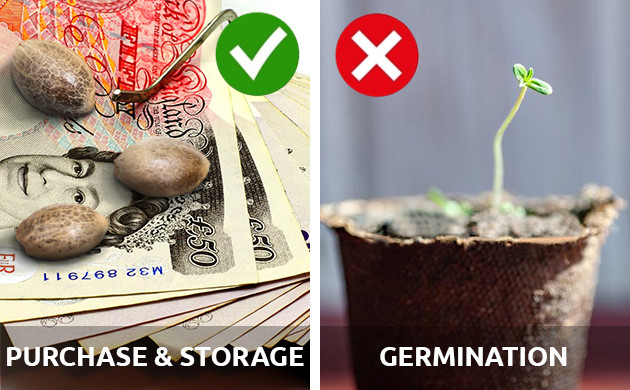 Surprisingly, cannabis seeds are legal to possess, purchase, sell, and trade. There are even some UK shops that sell seeds over the counter! It is also permitted to send and receive seeds by mail. The problem here is that it’s not legal to actually germinate the seeds, because growing cannabis is not allowed. If it’s obvious that you’re buying seeds with the intent to grow and sell marijuana, law enforcement could target you – but it’s totally legal to buy them as a collector’s item! 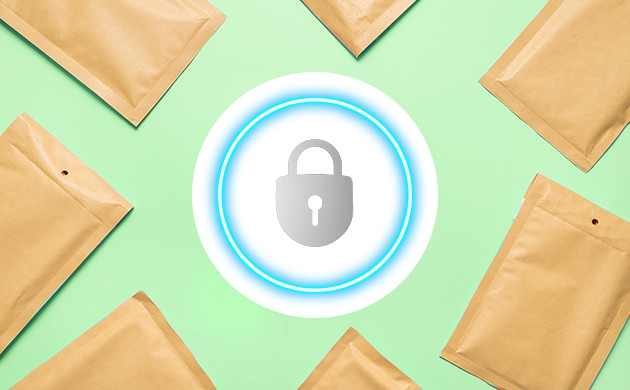 With the UK laws on cannabis seeds in mind, you’re probably wondering: what’s the best way to get seeds? Especially if you’re looking to be discreet with your purchase, it’s safest to go with an online seed provider. Herbies Seeds provides stealthy shipping to make sure you don’t attract any unwanted attention. All our orders are shipped in discreet brown envelopes with no mention of Herbies. We also offer a “stealth” option, where seeds are removed from the original seed bank’s packaging and placed in a ziplock bag to be disguised as a random item. Now that’s confidential!

When Is Legalization Going To Happen?

Both the medical and recreational use of marijuana are steadily becoming more socially acceptable in the UK, but legislation has yet to catch up. As of now, there are no plans to legalize or decriminalize cannabis in the UK. CBD products are legal to purchase in the meantime, and medical cannabis is available to a select few. Hopefully, new policies and cannabis-based drugs can make medical marijuana available to more patients who need it. And considering the unpredictability of British politics, who knows what will happen over the next 5-10 years?

Choose Herbies For All Your Seed Needs! 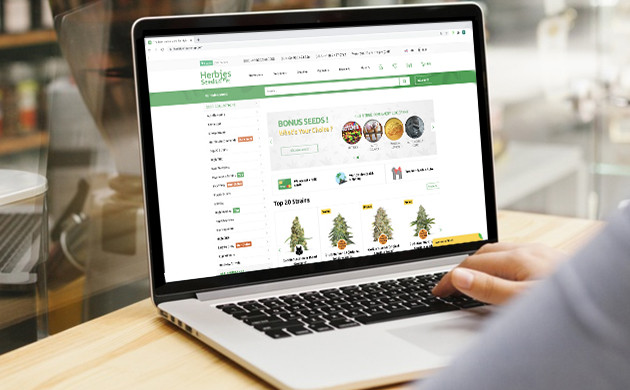 Growing weed in England is tricky due to its classification as a Class B substance. Even if you’re growing for personal use, it may not look that way to police if you get caught. The legal loophole surrounding the purchase and possession of cannabis seeds can definitely be to your advantage if you’re interested in simply collecting weed seeds, but what you do with them is up to you.

﻿Liked Like 1
Previous article   Next article
﻿Oops, no comments yet. Be the first one to give your feedback!
﻿Add new comment
Recommended articles

10 April 2020
Is It Legal To Buy Cannabis Seeds In The U.S.?
Blog Show All
28 October 2020 Aaron From DNA Genetics Talks Their First Strain, His Love For Tasty Weed, And More – Herbies Interviews 30 October 2020 Kosher Sorbet Grow Report Based On My Own Grow Journal 27 October 2020 Smoking Weed While Sick: How Does Weed Mix With The Common Cold Or The Flu? 29 October 2020 Organic Vs. Synthetic Fertilizer – What’s the Difference And Which is Better for Weed? 26 October 2020 Best Strains For Extraction – The Ultimate Top 10 Every Grower Needs To Have In Their Garden
﻿News Show all
21 August 2020 Complete List Of Changes In The Work Of Herbies Caused By COVID-19 27 October 2020 3 Instant Hits From Original Sensible Seeds You Can’t Miss 26 October 2020 Prices Dropped Dead – Up To 80% Halloween Sale For 300+ Strains!