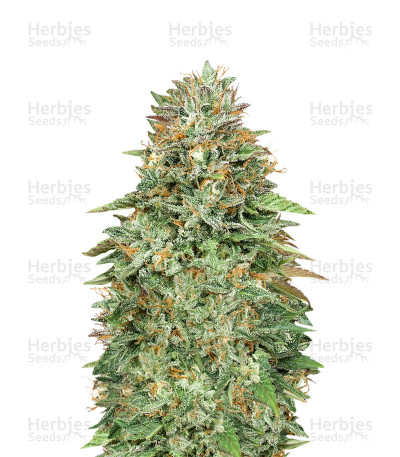 It is an early version of Critical Poison, which boost the outdoor harvest for two weeks and also a greater speed in indoor growing. Fast and vigorous growth plant recommended for humid climates in which it takes great importance to harvest before the arrival of the autumn rains to avoid losses by botrytis.

Critical Poison Fast Version is an Indica-dominant feminized cannabis strain from 00 Seeds with a high THC content. The high it produces tends to have mostly cerebral effects, although you will likely feel a moderate body high as well, which tends to be milder than that produced by the original Critical Poison. This is a good choice for consumers who want a classic Indica experience.

Critical Poison Fast Version is a feminized cannabis variety that has a bit of a split personality when it comes to taste and aroma. When you smell it, you’ll probably detect an earthy and wet aroma. However, the taste is on the opposite end of the spectrum, with a flavor that’s fruity and sweet.

This is a feminized marijuana strain that was specifically bred to deliver rapid growth – hence its name. It is a highly resistant plant, making it good for both novices and expert growers. However, if growing outdoors, it needs to be in a warm and humid climate and should be harvested before the fall rains.