Our dear customers!
Regretfully, we have to suspend taking orders in our online shop due to quarantine measures clampdown. Our warehouse will remain closed until it is safe to ship again.
Our consultants will stay online to answer your questions via online chat, email and telephone.
Expectedly the situation will change soon, we are optimistic about the future. We hope for your understanding.
Stay safe and take care of your loved ones! 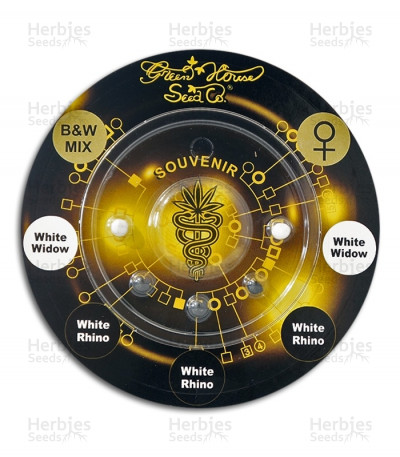 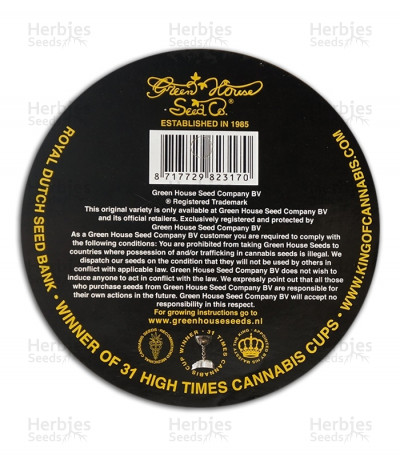 Black and White Mix - Double Trouble For Every Garden

The Black and White Mix is for those that need feminized trichome drenched Indica-dominant cannabis strains. The two offerings in the Black and White Mix are incredibly exotic, offering flavor profiles reminiscent of a far-away land. White Rhino and White Widow are known for their sedative properties, as well as a soaring euphoria that won’t let you out of her grips for hours. Leave it to the Black and White mix to give you both of these award winners - at an unbeatable price.

The benefit of the Black and White Mix is that White Rhino and White Widow have similar flowering times. White Rhino flowers in 9-weeks and White Widow will be ready within 8-weeks. Both of these feminized beauties offer similar growth structures and are both ideally suited towards a Screen of Green. You won’t be disappointed come harvest time, as you’ll be rewarded with a bumper-crop of connoisseur-grade cannabis.

It Takes Two To Tango

Even if you mix up White Rhino and White Widow, you’ll immediately know which is which after indulging in one of them. White Widow will sap your energy at first, but soon your mind will soar through the clouds. White Rhino is known for her upfront couchlock effects, and you won’t have the energy to move a finger. When you’re ready to experience two of the best cannabis strains, choose the Black and White Mix.