Dutch Passion seed bank was established in 1987, but the company actually dates back to 1972 when its future founder, Henk van Dalen, began his experiments with bag seeds. A student of biology and pharmacology, he used his professional knowledge and contacts in Amsterdam’s cannabis scene to create the first marijuana varieties that were at least as good as any imported weed. At the time, home growing was regarded as nothing more than a quirky hobby, but thanks to Henk and his rivals, it has since become a widespread international phenomenon. 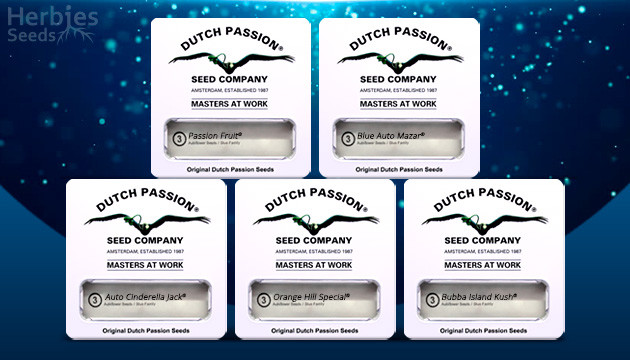 One of the milestones of amateur cannabis cultivation was the invention of the feminization process, and Henk was the person who made this possible. From the first tiny batch of female seeds to the discovery of mass-production methods, he was a true trailblazer. Before him, a home grower had to keep mother plants and make cuttings, or plant a lot of seedlings and cull the half of them that turned out to be male. Now, growers simply germinate a seed, secure in the knowledge that it will produce what they want – plentiful resin-covered female flowers.

Over the years, Dutch Passion has served millions of customers, who choose their seeds again and again because they are confident about the quality. Dutch Passion’s collection of more than 50 strains includes many tried and true classics from the 80s and 90s, allowing new additions only if they prove to be at least as good or better than their predecessors. Both new and old, these strains are top-notch, get great reviews, and have won over 50 awards in 30+ years. 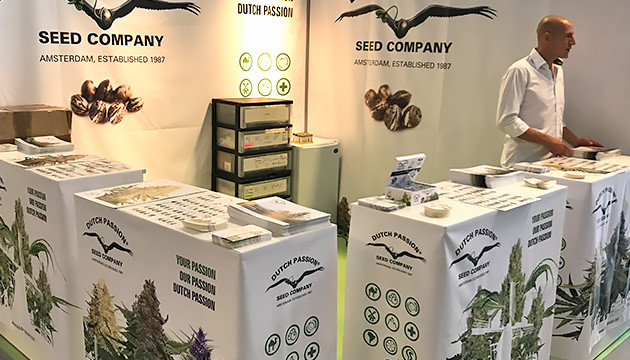 Dutch Passion’s Vision Of The Future

This seed bank is always at the forefront of change. Dutch Passion was among the first to embrace the autoflower movement and now offer some of the best autoflowers in the market. They develop high-CBD strains for medical applications and applaud the emerging use of marijuana as medicine. At the same time, they never forget about the recreational smokers. For Dutch Passion, offering seeds for sale is a way to turn users into self-sufficient growers, so that they can produce top-quality marijuana until such a time as this substance is legalized globally.

After years of careful selection, the newly-invented Dutch Passion feminized seeds rattled the market in the 1990s, leading a revolution in cannabis breeding and genetics. At the time, regular seeds were the only available type of cannabis seed. As an experiment, the Dutch breeders allowed some female plants to flower for several weeks longer than usual. These plants ended up producing male flowers, which develop pollen. This was used to pollinate some other female plants, which then produced seeds. You can imagine everyone’s shock when every one of those seeds grew into a female plant! These seeds, genetically engineered to produce only female plants, spared growers from the trouble of sorting out unwanted males. This made growing cannabis much easier and, in the end, far more economical.

True to their slogan, ‘Masters at Work’, Dutch Passion breeders have crafted new outstanding genetics for decades that continue to leave marijuana growers in awe. These include autoflowering seeds that don’t need the light cycle to change as photoperiod strains do – instead, they automatically begin flowering after 3-4 weeks of vegetative growth. Due to their unique genetics, such plants thrive in less nutritious soil and take up less room, meaning that they can be discreetly grown outside. With an average flowering time of 10-12 weeks, this is a great choice for growers who don’t want to wait too long for their buds to mature. Dutch Passion’s autoflower seeds are among the most popular on the market and boast potent psychoactive and medicinal powers that rival those of photoperiod strains.

Does Dutch Passion Ship to the USA?

Dutch Passion ships worldwide, but the company only delivers specific products to the United States, such as T-shirts, grinders, and other merch. As for the seeds themselves, they don’t ship these directly due to the specific laws in the United States. However, if you’re located in the U.S. and want to buy Dutch Passion seeds, it’s still possible – you can order them from an authorized reseller (there’s a list of these on their website) or from one of many cannabis seed distributors shipping to the U.S. Here at Herbies Seeds, we offer a wide selection of Dutch Passion cannabis seeds that can meet any need and skill level.

Where to Buy Dutch Passion Seeds

If you’re looking to buy Dutch Passion seeds, you’ve come to the right place! In our store, you can choose from over 100 strains bred by the famous seed company that brought the world such award-winning varieties as White Widow, Blueberry, Power Plant, and Skunk #11. We offer Dutch Passion seeds for sale in packs of 1, 3, 5, and 10. Shopping for cannabis seeds online can be tricky if you aren’t sure where to start. Thankfully, our website is designed to make this process as easy as possible. All you need to do is to set up your preferred filters – you can sort seeds by potency, popularity, price, or simply by name. Go ahead and find out which Dutch Passion seeds best fit your needs. Add them to your cart, place an order, and benefit from our stealth shipping! You’re guaranteed to enjoy growing some top-quality seeds in your garden.