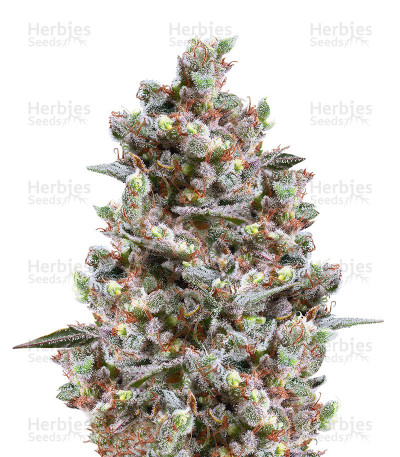 The Kritikal Bilbo is a great cannabis strain for beginners who want high yields, potent effects, and sweet flavors and aromas without too much effort or time. This resilient strain’s odor will be noticed from far away. It’s great for recreational and some therapeutic purposes.

The Kritikal Bilbo is a feminized Cannabis strain that proves growing big amounts of good quality herbs, in short times, is not a difficult task. This Indica dominant strain has strong aromatic tones that result in sweet flavors that will produce excellent body highs.

Kritikal Bilbo has Afghani and Skunk in its genes, resulting in a very branchy bush with incredible THC levels that can reach up to 22%, which has earned her many awards.

The plants produced by this strain are not tall, but they produce many dense, smelly and resinous flowers, with very few leaves that mature in a very short time compared to most of the other photosensitive strains in the market. This strain boasts a great resistance to humidity issues such as mold and fungi, making it a great option for novice growers, but be careful with its powerful odor.  It can yield up to 600g/m2 in an indoors environment while producing between 1500g-2000 g per outdoor plant.

It should be ready for harvest within 45-55 days while grown indoors. Outdoors, expect harvests around September in the northern hemisphere, and in March if growing in the south.

This strain produces an initial head buzz that dips into a heavy bodily effect. This is complemented with an intense and sweet flavor that will feel like having a fruit punch in your mouth. It’s a great strain to increase appetite and help with insomnia and headaches.

Despite strict measures taken worldwide due to COVID-19, we continue to work on regular basis. Our warehouse and delivery services are not affected by quarantine measures. But we might have changes at any moment. We will keep our website as up to date as possible with notifications of any service issues or delays.