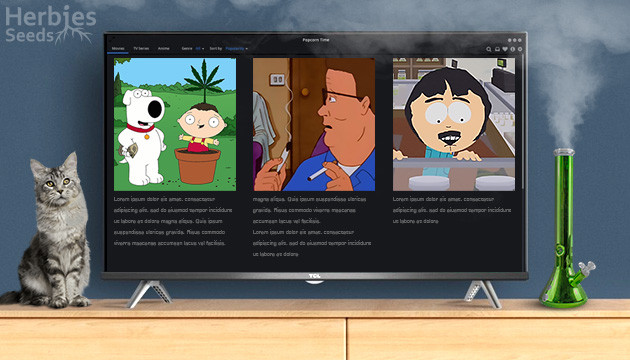 Marijuana can be quite the hilarious topic in television, leading to all kinds of shenanigans and hijinks. A cannabis-themed marathon just might be in your future after checking out this list of some of our favorite television episodes about weed. Maybe you’ll feel inspired to smoke along with the characters as you watch!

Fans of How I Met Your Mother already know that Future Ted, voiced by Bob Saget, refers to joints as “sandwiches” when recounting his youth to his children. In this episode, we see how Ted met Marshall in college. He meets his roommate “eating a sandwich” in a smoky room, and is later depicted with his own “sandwich” later on. After watching this episode, you might just be craving a “sandwich” of your own.

You can watch How I Met Your Mother on Netflix. 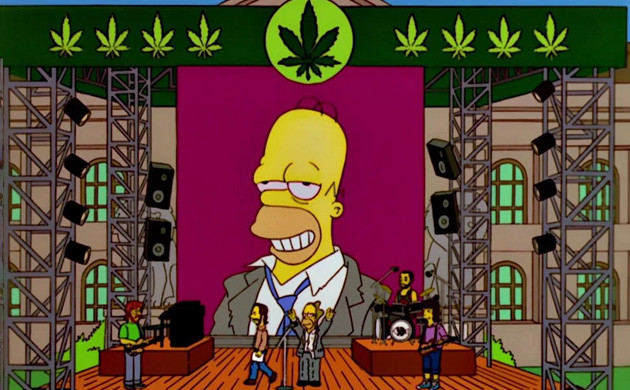 The title of this episode is an homage to the movie Weekend at Bernie’s, and it’s one of the most hilarious stoner episodes of all time. After an incident involving genetically-modified food and a murder of crows that do Homer’s bidding, the crows attack him, specifically aiming for the eyes. Homer is prescribed medical marijuana for his condition, and clearly enjoys getting high. This episode is full of hilarious one-liners and zingers that you’ll be quoting the next time you get stoned.

You can watch The Simpsons on Simpsons World. 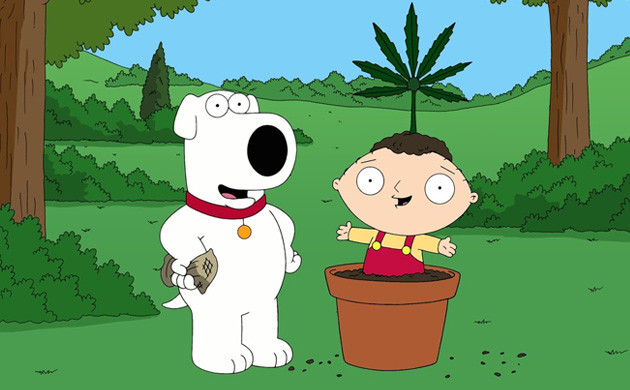 In “420”, Brian gets caught with a quarter ounce of marijuana and is subsequently arrested, instead of Peter who is driving drunk in a bloodstained shirt. In an effort to prove that weed is harmless, Brian and Stewie campaign to legalize marijuana. This episode also features a brilliant musical number called “Bag of Weed,” sung by Brian and Stewie, about how life is better when you’re smoking pot.

You can watch Family Guy on Netflix. 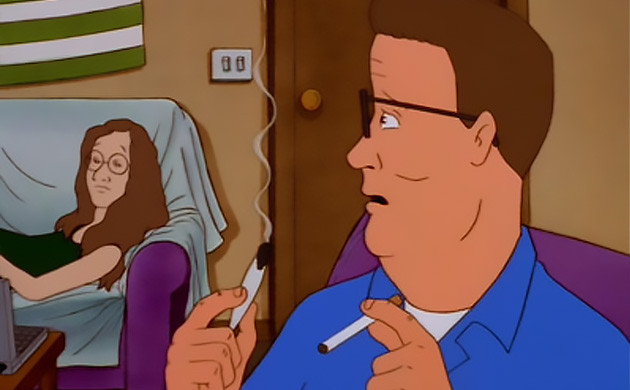 In this episode of King of the Hill, Hank attempts to light his cigarette off of Gayle’s hand-rolled one, which he ends up taking a puff from and discovers that it’s actually a joint packed with weed. Hank freaks out and seriously blows the situation out of proportion, which only makes matters more complicated for him as he becomes implicated in a murder case. Finally, he admits that he smoked some weed and is subsequently punished by Bobby, who bans him from mowing the lawn.

You can watch King of the Hill on Hulu. 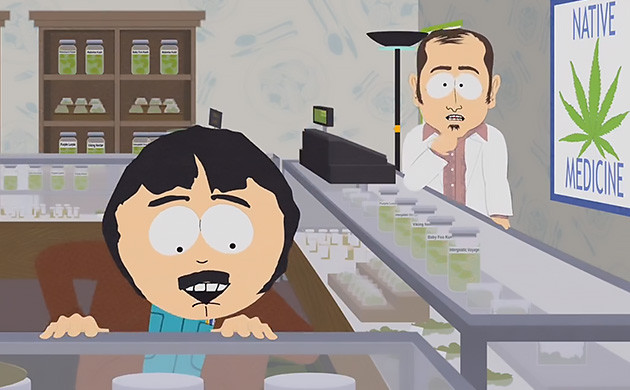 In this episode, the town of South Park loses its KFC to a medical marijuana dispensary. This leads the men of South Park to give themselves testicular cancer in order to qualify for medical marijuana and take advantage of that sweet, legal ganja. They all end up with comically large testicles that they can bounce around on, which is surely worth a joint, right?

You can watch South Park on Netflix. 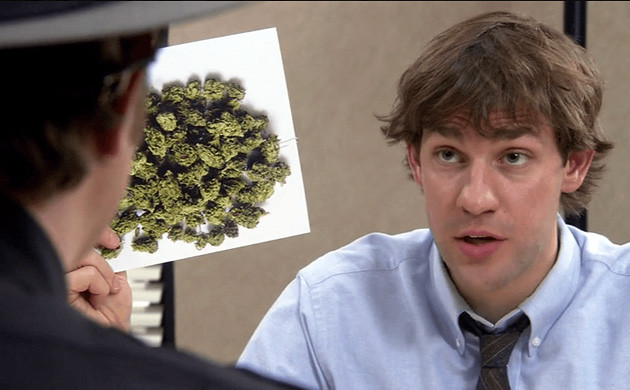 Dwight, after finding a half-smoked doobie in the parking lot, is on the case to find the weed-smoking culprit. He runs rampant with his authority as “volunteer sheriff deputy,” demanding to interrogate his coworkers and threatening them with drug tests. In his interview with Creed, Dwight shows him a photograph of weed, asking him what it is. “That is Northern Lights, Cannabis Indica,” Creed responds. Dwight, who has obviously never smoked pot before, sighs and responds, “No, it’s marijuana.”

You can watch The Office on Netflix.

How Long Does THC Stay In The Body?

Parks and Recreation, "The Stakeout" (S2E2) 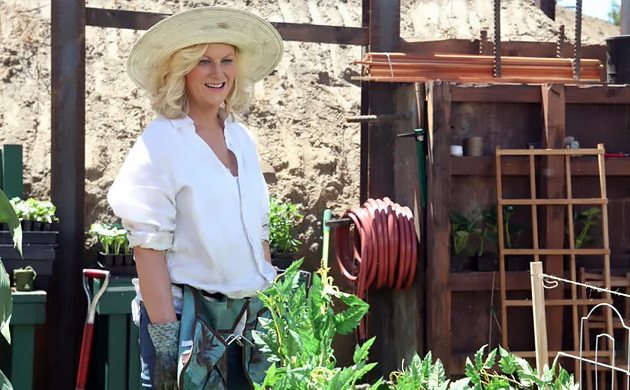 Leslie Knope is our favorite goodie-two-shoes, so it makes sense that she wouldn’t know what weed smells or looks like. She finds a marijuana plant in the community garden and isn’t sure what kind of plant it is… carrots? Some kind of spice? According to her coworker Tom Haverford, “the best way to tell what kind of spice that is… is to roll it up into a joint and smoke it.” Doesn’t sound like a bad idea to me!

You can watch Parks and Recreation on Netflix.

This episode isn’t specifically about weed, but there’s a pretty fantastic scene that stoners will appreciate. While the gang sits back in the planetarium and Mac lectures them on how God created the universe, Country Mac passes a joint around for everyone to enjoy. They’re later seen hanging around the vending machines after the presentation with snacks in hand and red, bloodshot eyes in truly stereotypical stoner fashion.

You can watch It’s Always Sunny in Philadelphia on Netflix. 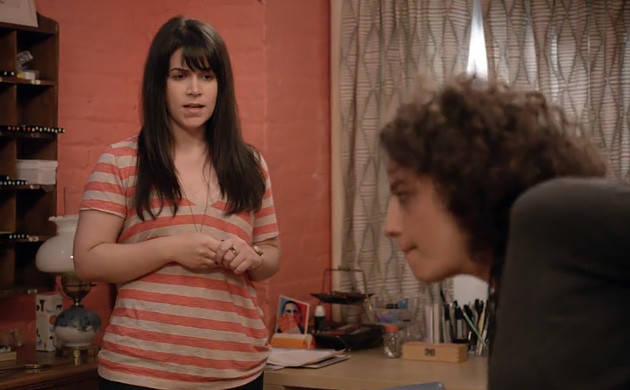 This is a problem surely every stoner has experienced – your buddy is good for the weed hookup, but it sure would be nice to have your own connection when the supply runs dry. Okay, maybe it’s a little different in this episode of Broad City. Abbi learns that Ilana stores their weed in her vagina to avoid getting busted by the cops, and is so disgusted that she sets out to find her own connection. It’s not as easy as she thinks!

You can watch Broad City on Comedy Central.

Time For Some Netflix And Weed

Perhaps now you’ll feel inspired to make some weekend plans that involve you, the couch, Netflix, and some sweet bud. Set the mood, and sit back and relax with some weed-themed television. Do you have a favorite weed-centric TV episode that didn’t make the list? Tell us about it in the comments below! 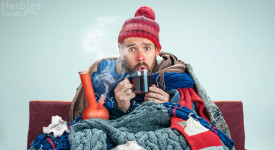 4 March 2020
How Long Does THC Stay In Your System?
﻿Oops, no comments yet. Be the first one to give your feedback!
﻿Add new comment