List Of Cannabinoids: What you need to know about their effects and health benefits 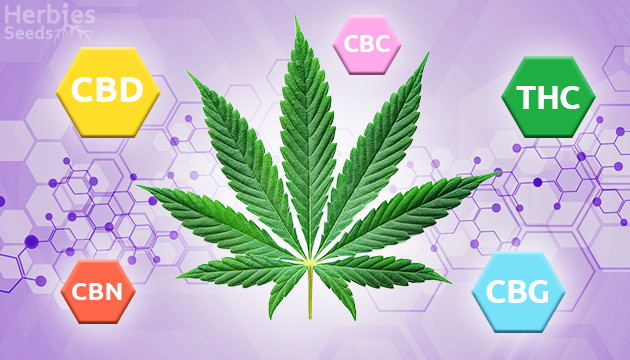 Whenever you hear anything about marijuana, your mind may automatically associate it with getting high. However, there are many more scientific and health benefits involved behind the scenes. Knowing more about cannabis and the genetics behind plants with cannabinoids and their effects will help you find which type, medical or recreational, will work for you. In this Cannabinoids 101 lesson, you will learn how cannabinoids work, some of the most popular cannabinoids being researched, and many of their effects and health benefits.

Cannabis plants contain a natural chemical compound that can be found called ‘cannabinoids’. Researchers have discovered over a hundred compounds that make up these cannabinoids, with the two most studied being THC and CBD. With effects known to relieve pain, nausea, inflammation, and anxiety, cannabinoids work by mimicking the chemical compounds our bodies naturally produce. When consuming cannabis, cannabinoids contribute to some of the feelings of euphoric highs, stimulated appetite, loss of coordination or balance, and more.

To find out why they interacted with certain receptors, researchers discovered that the body creates its own version of cannabinoids: endocannabinoids.

First discovered in the late 1980s, researchers found that every human has endocannabinoids naturally produced in their system. These are used throughout the human body to regulate the functions of the immune system and internal health. Endocannabinoids will send, via neurotransmission, nerve impulses from the brain, which allows the body to process different effects. Our endocannabinoid system interacts with the active chemical cannabinoid compounds of THC and CBD, for example. Because they resemble each other's molecular structure, the brain allows cannabis cannabinoids to affect coordination, mood, pain, appetite, behavior, and more.

Now let’s get to the actual list of cannabinoids. In this section, you’ll get to know the most researched cannabis compounds as well as their effects and health benefits. 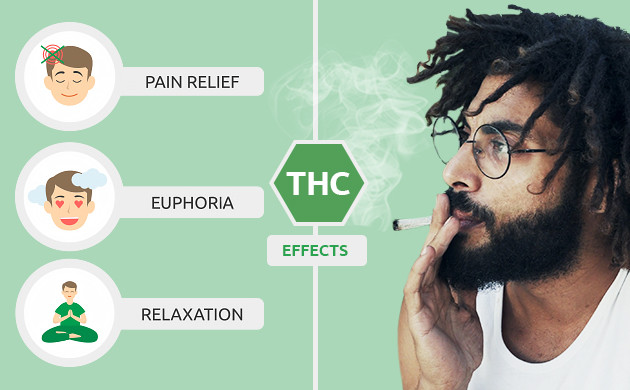 The most well–known cannabinoid, THC, is about the only one that when consumed, will get you high. THC is one of the most studied of all the cannabinoids, producing varying effects such as:

THC reacts to the CB1 and CB2 receptors, as it has a similar chemical structure as the natural endocannabinoids. Operating on all levels, THC effects can alter the sense of pain within CB1 receptors, central nervous system, and CB2 receptors’ immune system connections, allowing THC to provide therapeutic effects that help with digestion issues, nausea, and other ailments.

What is considered high THC?

Finding a cannabinoid plant with THC levels of 20% or above would be considered high, and you can find cannabis seeds with such levels of THC production in Herbies’ High THC Collection. However, you need to know that there are several factors that contribute to the levels of THC in cannabis plants. Conditions such as the growing climate, plant genetics, harvest time, and processing can alter a cannabis plant's potency.

While they may seem like similar terms, be sure not to confuse the two. THC is the psychoactive cannabinoid compound, whereas THCA is the inactive compound found within the plant. As the plant grows, it creates the compound THCA. THCA, as a molecule, doesn’t fit into our CB1 receptors to create the intoxicating effect that THC does. For THCA to become THC, it requires the light and heat of either sunlight, vaping, smoking, etc. – a process known as decarboxylation. Once heated, the THCA molecules break down into the THC chemical structure, allowing our endocannabinoid system and CB1 receptors to accept it. 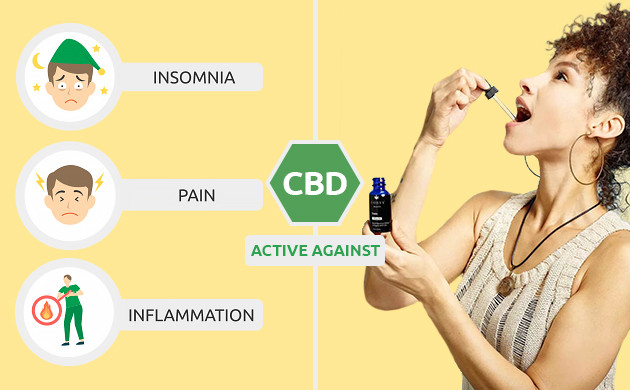 CBD cannabinoids don’t typically work on the CB1 receptors, but can be more partial to CB2 and serotonin receptors. Known to have more calming effects, CBD will not get you high or produce intoxicating effects. Instead, it’s used for one of the most common reasons people turn to cannabis: pain management. Research suggests CBD also works well for:

CBD also helps in counteracting the intoxicating effects of THC. Combining CBD and THC can be great for first-time users by not creating such intense psychoactive effects. Moreover, on its own, CBD can provide a highly relaxing experience, leaving you with the feeling of a clear mind and relaxed body.

What is considered high CBD?

Unlike THC, a high CBD strain is considered to be anything around 4% or above. While strains with CBD levels of above 15% have emerged within recent years, in Herbies’ CBD Collection, you can find anything with CBD levels all the way up to 18%, such as CBD Caramel Regular and CBD Blue Shark (16%).

CBDA is the ‘raw’ or unheated version of CBD. It’s an acid compound that the cannabis plant creates, and it lives within hemp or cannabis plants. Cannabidiolic acid (CBDA) is the acid form of CBD and interacts with our endocannabinoid systems, providing health benefits from pain relief to mood enhancement. CBDA turns into CBD after going through the decarboxylation process, which requiring heat. 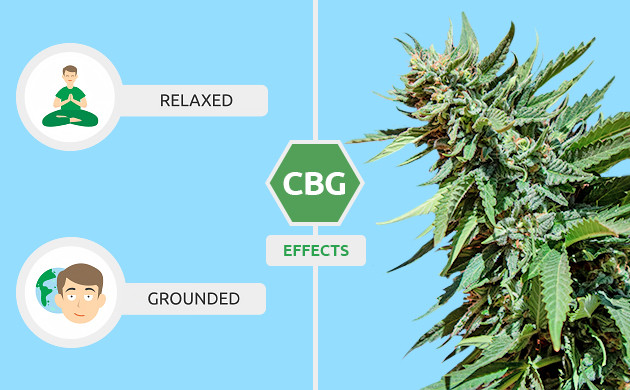 Now gaining more attention in the medical world, the benefits of CBG are creating interest for researchers. Working similarly to THC by reacting with the brain and body’s cannabinoid receptors, yet with the non-psychoactive attributes of CBD, CBG strains are only found in microscopic levels. Functioning on more therapeutic levels, CBG effects can involve:

Medically, CBG has been found to address symptomatic relief of conditions such as Irritable Bowel Syndrome (IBS), Crohn’s Disease, growth of cancerous tumors, and glaucoma. However, researchers are still studying further medical benefits of CBG, as this compound has been linked to other medical cases, where it has proven to be quite effective. To learn more about CBG, its benefits, and even see novel high-CBG strains seeds available at Herbies, read our latest article on this cannabinoid. 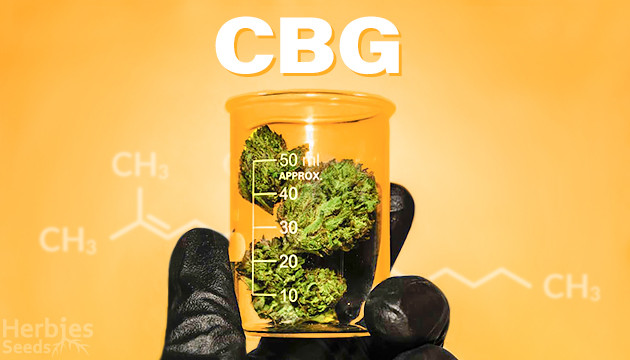 Some of the effects of CBG and CBD are quite similar, such as reducing inflammation and increasing relaxation, focus, and mental clarity. However, research has found the main differences are their molecular structure, pharmacology, and appetite stimulation. Particularly with pharmacology, CBD was found to act as an activator against the 5-HT1A serotonin receptor, providing anti-nausea effects. CBG acts as a blocker against that same receptor. CBGA is the starting chemical compound that produces enzymes in the cannabinoid plant to produce THCA, CBDA, and CBGA. 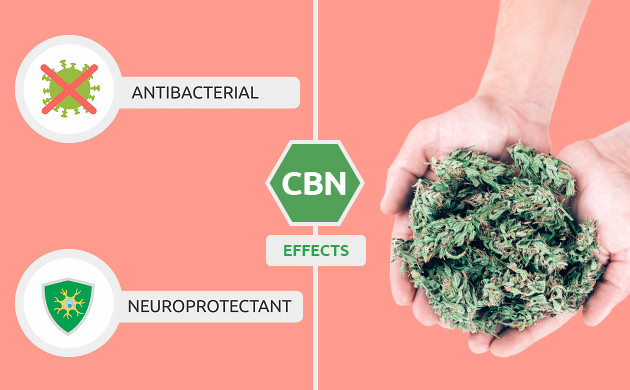 CBN is created when THC is exposed to oxygen, and is commonly known to be found once THC ages. While only slightly psychoactive, CBN has been found to control the effects of:

CBN is a relatively new cannabinoid, so understanding its full potential of medicinal benefits is still being researched. However, early studies suggest it can be used as an antibacterial agent and a neuroprotectant for neurodegenerative diseases (to help delay onset effects of ALS, for example). 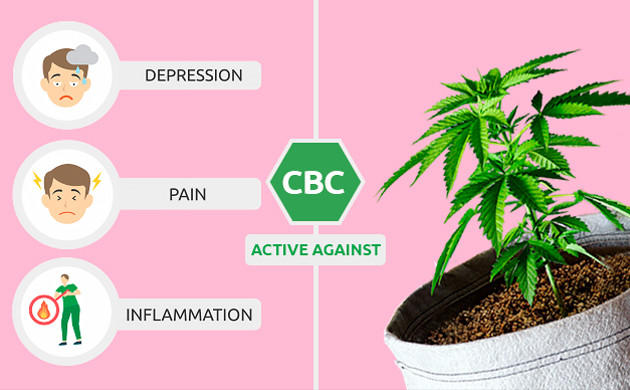 Similarly to CBD, CBC also provides a buffer against THC effects. A minor cannabinoid, CBC is becoming more popular for its healing benefits and ability to bind with the natural receptors found in the body.

Playing a big part in neurogenesis and neuroplasticity, the main functions of brain health and development, CBC has also been found to:

CBC works well with the endocannabinoid natural chemical structure, anandamide, by activating receptors connected with pain perception and increasing the levels of anandamide released into the body.

Whether you’ve been doing your research on cannabinoids for medicinal or recreational purposes, this list of cannabinoids will help you learn more about this amazing plant. With so many favorable health benefits and more being discovered each day, cannabis truly is a force to be reckoned with.

﻿Liked Like 0
Treetop Marijuana Growing Guide: Best Techniques And Practices Of Growing Weed In Trees
Brick Weed: What It Is And How To Enjoy It
Keep reading 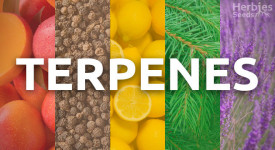