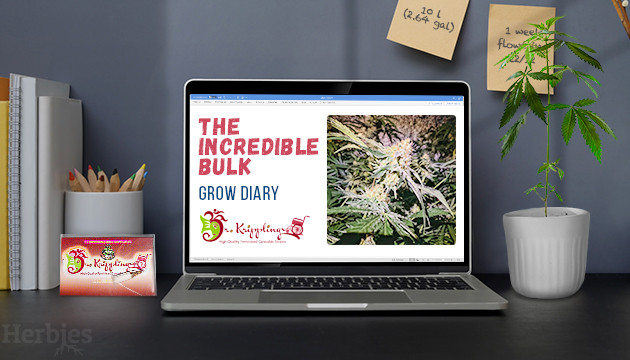 Hi there! I’m super excited to share my The Incredible Bulk grow diary with you, as this was my most rewarding grow ever! I had four plants in a 1 m2 grow tent under a 421-watt LED fixture, and they brought me an insane 1.63 g/W – an absolutely amazing result even for DWC. I hope you’ll want to repeat my experience and glean some useful tips from it. Away we go!

Cultivated From Clones This Time 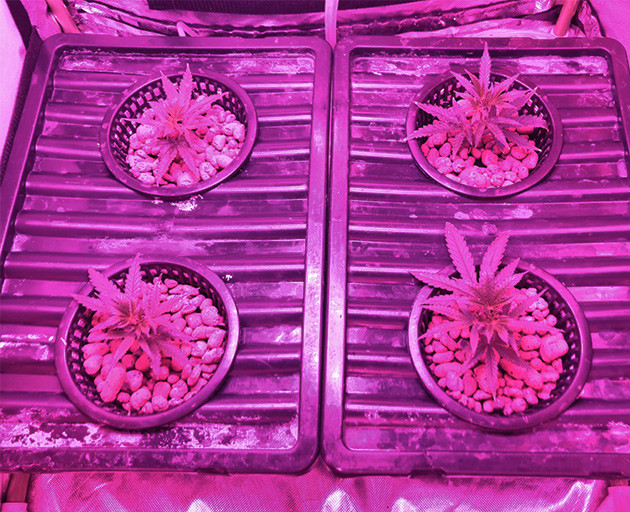 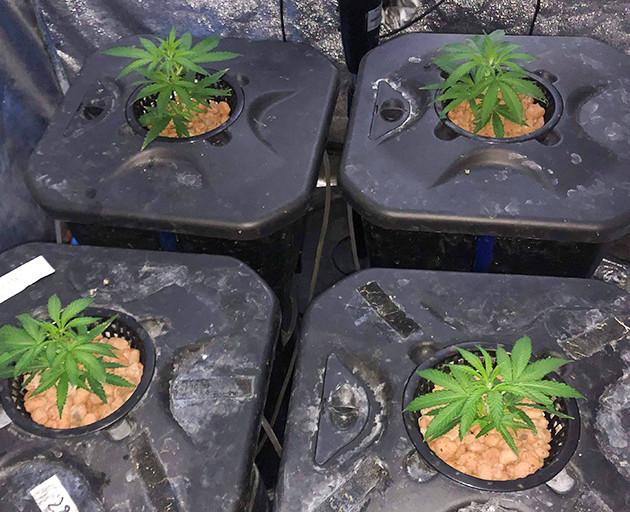 This wasn’t my first brush with The Incredible Bulk strain – in the previous run, I grew a few seeds and, luckily, saved a cutting and made a mother plant. This time around, I used four clones, which took about 10-14 days to root and be ready for a new cycle.

I put the clones in my homemade 5-liter DWC kit that I’d fashioned out of two plastic toolboxes and an air pump with airstones. During the first week, I used the Bestva 800 LED that was drawing 150 watts and giving about 14,500 lux at the plant level. Starting from week 2, I changed it for something much more powerful – a DIY contraption that had 8 COBs, each equipped with a heat sink and mounted on a metal frame. This LED had a dimmer and was drawing 421 W max. At the exact time that I swapped the light, I also moved my clones into a bigger (and final) DWC system that consisted of four 10-liter buckets. At this point, the roots were already a foot long. 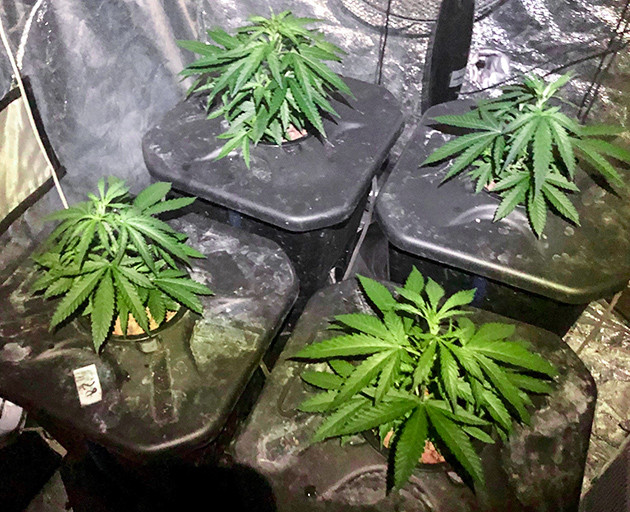 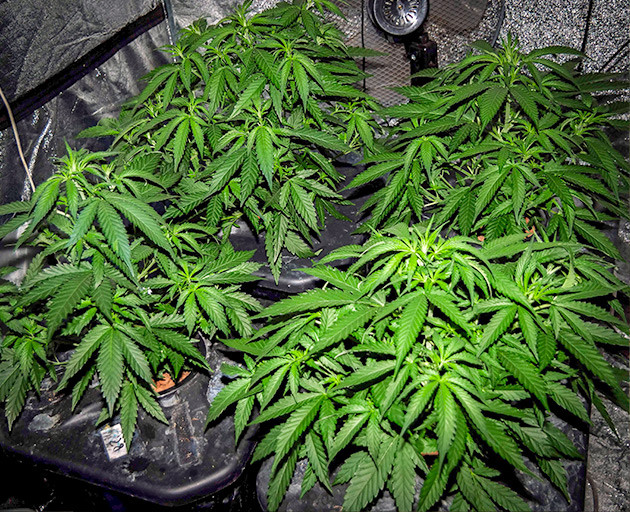 In hydro, the most important success factor is the correct use of nutrients, so I paid extra attention to this. I made the solution 400 ppm strong for the first week and upped it to 550 ppm for the rest of the vegetative phase.

I never rely on my TDS meter being very accurate. So, what I do is use RO water and add the exact amounts of nutrients according to the manufacturer’s instructions. This gives me the reference value for EC (which I can compare to the actual readings). Then I do my best to stay at that level.

I know that they recommend keeping pH in hydro at 5.5-6.0, but for this grow, I kept it at around 6.1, and all went well. There were no deficiencies or lockouts, and I never came to regret my decision.

The plants grew vigorously – that’s one of the perks of hydroponics – and I had to heavily defoliate them in week 3 to stimulate side growth. The other thing I did was topping and FIMing to get several top shoots instead of just one. By the end of week 4, my The Incredible Bulk plants were so big and bushy that I had to end the veg by flipping the timer from 19/5 to 12/12. 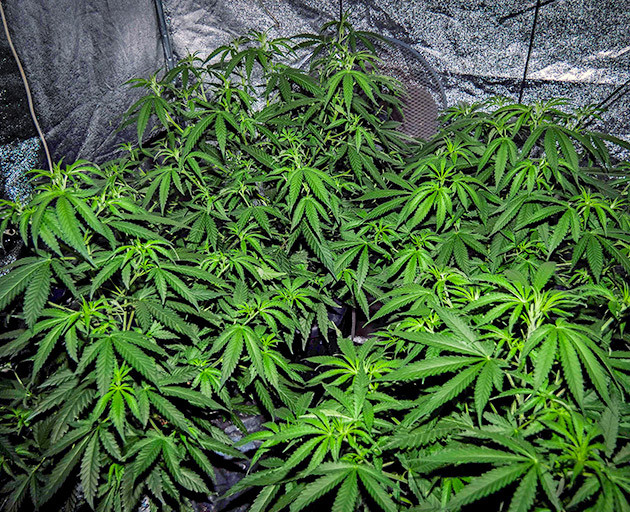 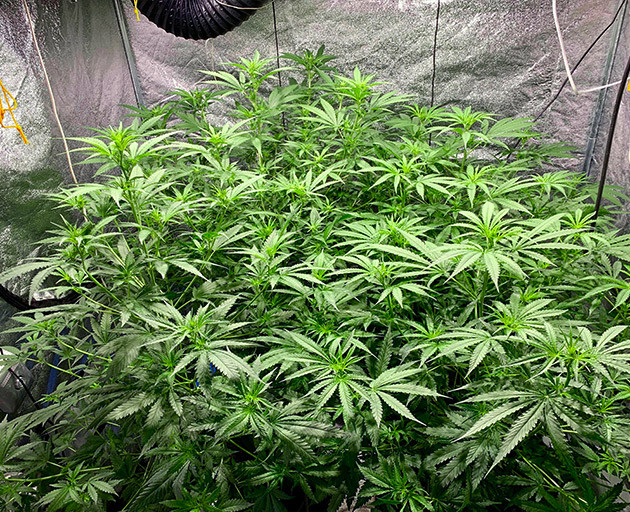 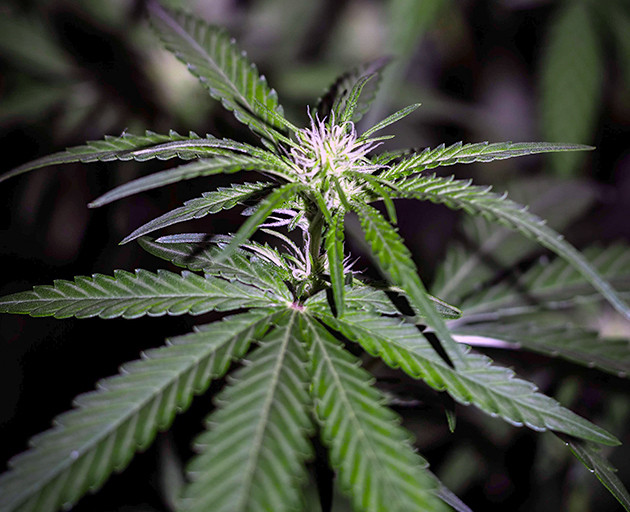 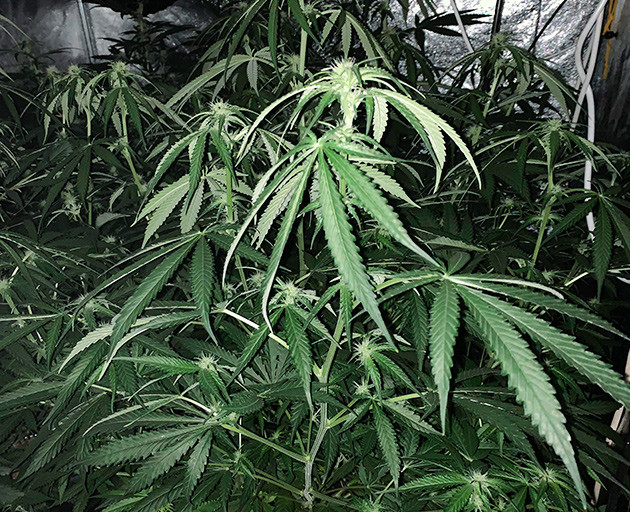 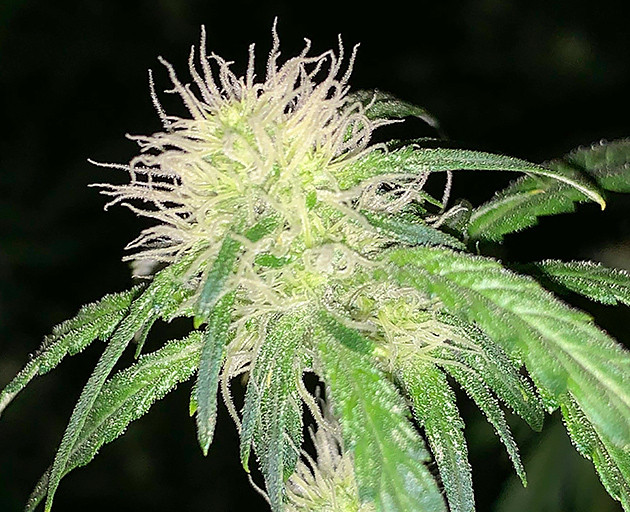 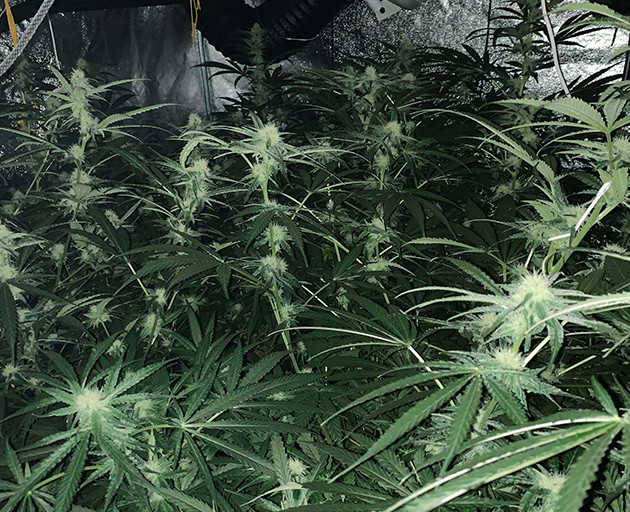 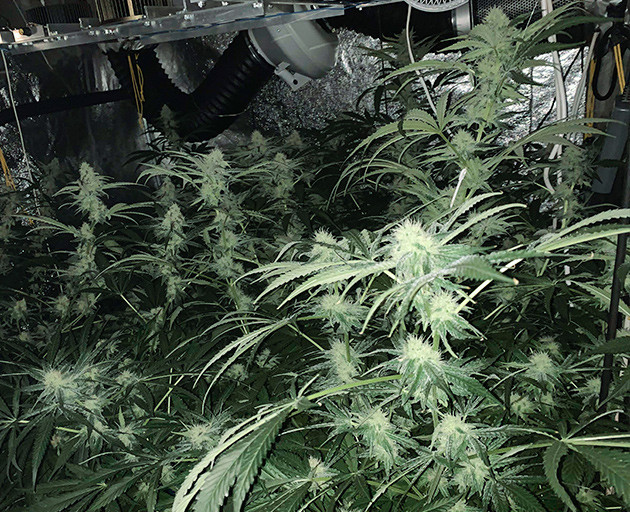 As soon as I shifted the light schedule, I also changed the nutrient solution in the reservoir. Now, it contained the nutes that were more appropriate for the flowering stage, with more phosphorus and potassium than nitrogen. As the staple of the diet, I had used the Shogun Samurai Hydrogrow A and B Complex in veg but then switched to Hydrobloom in flowering.

I also decided to use a PK booster from the first week of 12/12. Some would probably say this was too early, but it worked fine for me. Another important amendment was Shogun Silicon. It helps strengthen cell walls and provide protection from diseases and pests, as well as make stems and branches more robust. However (and I’ll talk about it later), even that didn’t prevent the branches from bending under the weight of buds at harvest, so I had to use yo-yos.

Yet one more product that ensured the success of this grow was Shogun Sumo Active Boost, which helps speed up all budding processes. I should say I used all these products only sparingly so that my TDS readings peaked in mid-flower at 750 ppm (1.5 EC) and then tapered off.

The Flowering Stage Was on Autopilot 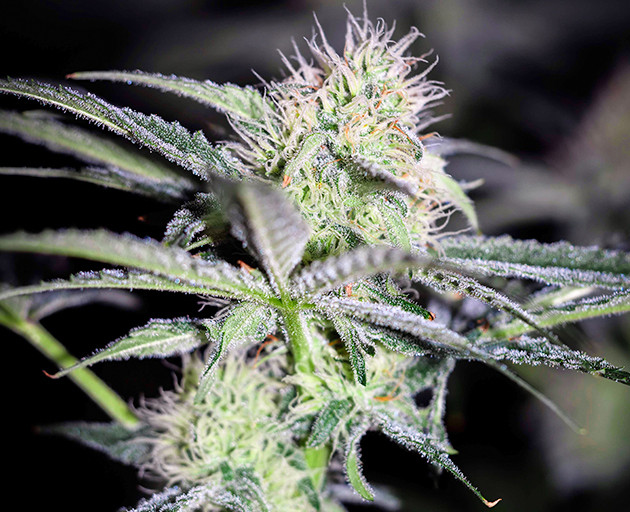 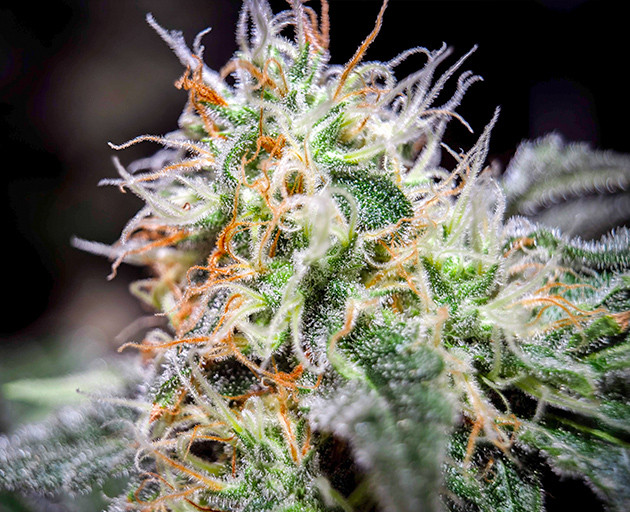 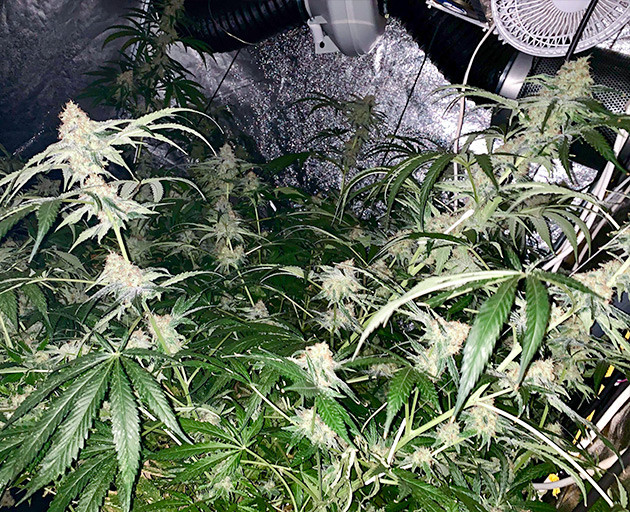 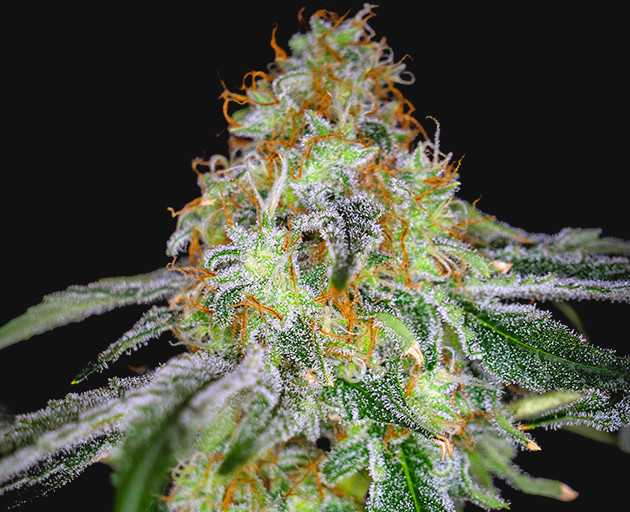 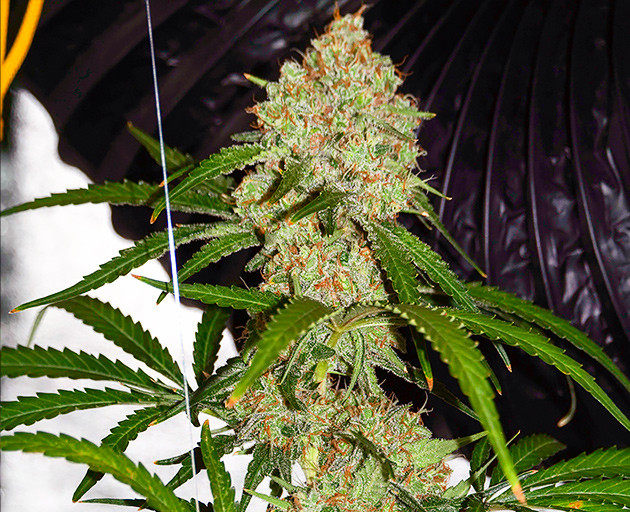 My plants continued to stretch and more than doubled in size during flowering, as they were growing into the light (in fact, the tallest shoots grew past the COBs and practically touched the ceiling).

In the second week of 12/12, the bunches of white pistils on the tops were already very prominent. The thing with clones is that they’re more mature than the same-age plants grown from seeds, so once you switch them into flowering mode, they start budding right away.

Around 3 or 4 weeks into flowering, even before the stretch was over, a great number of trichomes began to form on calyxes and trim leaves, while the ladies started to give off a strong, fruity smell. The Incredible Bulk weed is one of the most resinous strains in my experience, and even fan leaves were generously frosted all over. This ‘frost’ looked really stunning against the dark green of the leaves.

I didn’t have much to do for the next few weeks, save top up the buckets with water and nutrients and make sure the EC and pH readings were at their target values. The colas were quite stretchy and didn’t fill all the gaps with flowers, but they were exceptionally large and heavy all the same. The smell became ‘darker’ and more ‘oily’ in the last weeks leading to the flush. 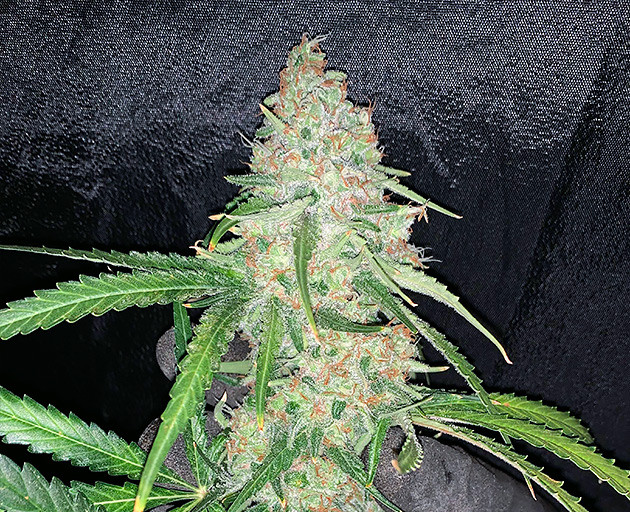 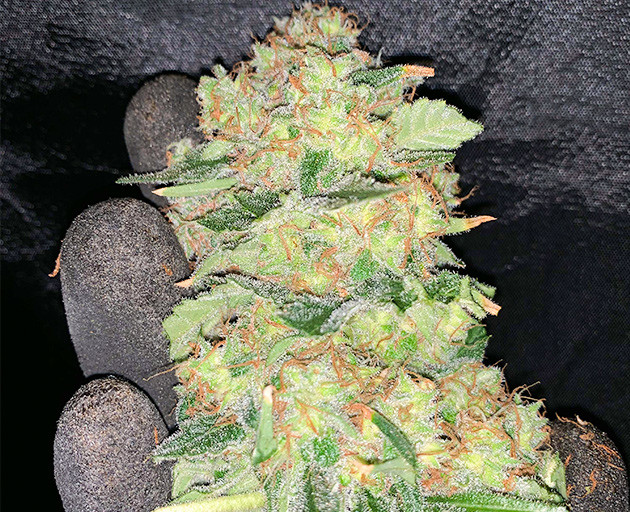 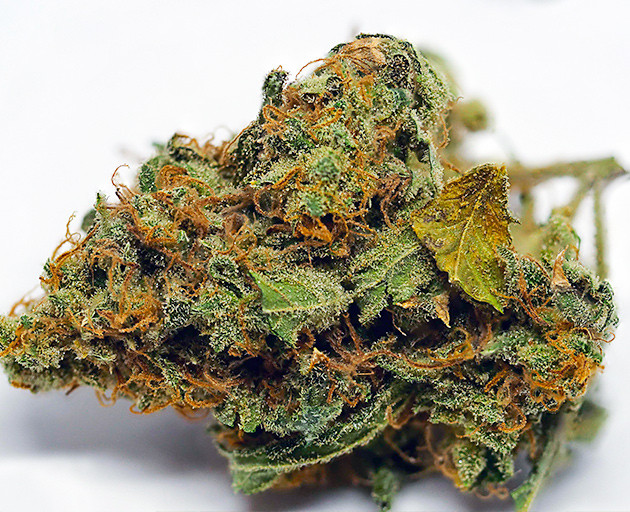 I was monitoring the ratio of white-to-brown pistils, and when most were brown, I started to watch the trichomes. Their turning from clear to cloudy signaled that harvest time was coming, so I gave the buds a final boost with Dragon Force in the second last week and then flushed them with RO water. My four The Incredible Bulk girls were as resinous as they come, but I pushed things even further with a 48-hour dark period and then chopped them all.

With their great calyx-to-leaf ratio, The Incredible Bulk is very easy to trim, but it was still a taxing job. I had more than 50 colas from my four plants, and they yielded more than 24 ounces (686 grams) of dry bud altogether! That was with just 1 square meter and 421 watts of light.

The smell in the jars wasn’t as intense as in the tent and was reminiscent of limes. The taste was very subdued and hard to describe (a little bit sour, maybe). The effects were strong and sedative, powerfully relaxing and sleep-inducing. With the crazy-high yields, this stash will last me like a million nights.

The Incredible Bulk Weed Was Amazing

The name doesn’t lie: this strain is an incredible producer and flowers super-fast too, at least when grown from clones. My only complaint is a notably flat flavor, but the rest is fantastic and makes The Incredible Bulk an amazing weed strain. I recommend her to anyone. Happy growing! 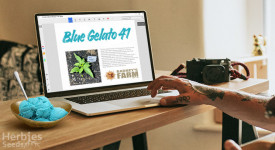 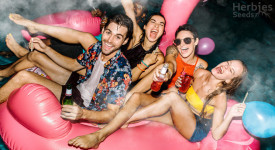 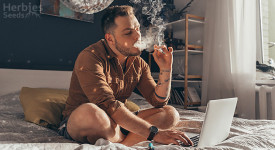 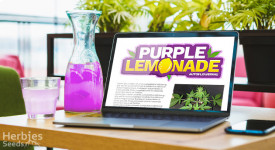 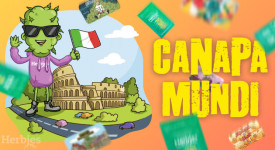 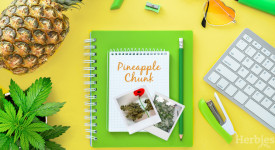 27 December 2021
Pineapple Chunk Grow Report: A Resin-Producing Machine
﻿Oops, no comments yet. Be the first one to give your feedback!
﻿Add new comment