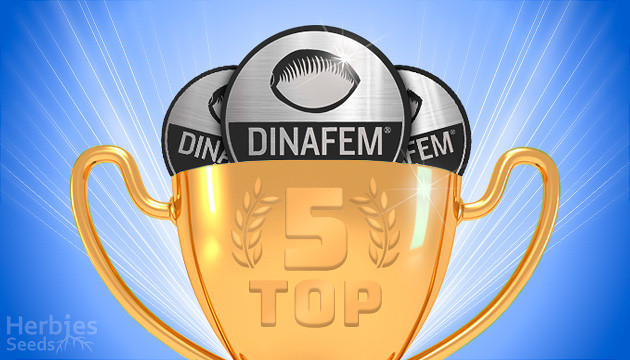 Among the seed banks we wanted to introduce you to in this series of articles, Dinafem Seeds takes a special place. And after you read about five of their best-selling strains, you'll clearly see why this company should be on the radar of any grower. Read on and perhaps you'll find the candidate for your own next grow – or even the next five!

Dinafem Seeds: The Guys Who Always Do Their Homework

Dinafem has the reputation of a high-end supplier of elite cannabis seeds. The company officially opened its doors in 2010, but first took 8 long years perfecting their genetics. This is characteristic of Dinafem Seeds, as the company never rushes a new variety on the market. Instead, they perform a rigorous selection process to find the best parent plants, make a cross, choose the most promising plants from among the offspring, and spend several years stabilizing the desired characteristics. It's amazing that with so much effort put into every strain, they've managed to breed so many uniform, reliable and vigorous genetics!

Only The Freshest And Most Mature Seeds Make The Cut

Growers love Dinafem's seeds, as attested by the highly positive reviews on marijuana forums. Another proof of their quality is the multiple awards this seed bank has received at many international events in Holland and Spain. To maintain their spotless reputation, the company ensures that only the most mature and viable seeds are selected from every batch grown. The pride they take in their product is also evident in the way they package it. The metal box with a plastic tube inside, the polyurethane membrane and silica gel – these guys go to great lengths to ensure the freshness of their seeds. Of course, all this promises a rewarding grow from start to finish.

The top five most popular strains by Dinafem are also the most potent and high-yielding. And with representatives of Indica and Sativa, photoperiod-dependent and autoflowering varieties, they also cater to all tastes.

OG Kush: A Plant Deserving Every Bit Of Its Fame This special plant created in California is a star in itself and a source of countless hybrids, copies and knockoffs. OG Kush began its conquest of the world in medical marijuana dispensaries, where it was considered one of the best for treating pain and other conditions. It provides an all-round body buzz that puts you in a bubble of well-being and happiness without making you groggy, tired or spaced out. Its rich and complex aroma of spice, diesel fuel, pine and citrus is very memorable, and a sure sign that you've got yourself the real deal.

Gorilla: A Contender For The Title Of 'Most Resinous Strain' This strain of weed is so rich in resin that it was named after a famous brand of glue. With so much sticky goodness, you can expect Gorilla to be knockout strong and very pungent in smell. At the same time, both the smell and the effects are not just powerful, but extremely nuanced. The high, which tends to glue you to the couch for several hours, also makes your mind sharp and your thoughts focused and clear. The aroma itself blends chocolate, fuel, berries, earth and wood into a harmonious whole.

Sour Diesel Autoflowering: Safe Journey Into The World Of Sativas Many novice growers are afraid to have their first-time experience with a Sativa-dominant strain, but this auto is so easy to grow and forgiving of mistakes that any gardener can harvest top-shelf buds with no hassle. With 20% THC, the high is on par with the best photoperiod varieties. The 'diesel' part of the strain is very appropriate – the buds not only smell of something like gasoline, but also serve as powerful fuel for your energy, mental focus and creativity. Sour Diesel Autoflowering will pick you up in the morning and keep you awake the whole day. Another autoflower and another winner! It's huge, it's white, and it's full of mystical powers. Moby Dick XXL Autoflowering is a cross between two other XXL strains in Dinafem's collection, and so is probably the most high-yielding of the bunch. The thick white layer of trichomes combined with the enormous size of the buds means that you'll get more THC than you can use before your next harvest. You won't get bored with the smoke, either, which is top-notch – piney, citrusy and woodsy, with a double hit to your head and body which can only be described as devastating.

Critical+: Spain's Most Generous Gift To The World Think of these Spanish genetics as a conveyor belt type of factory where everything runs smoothly and efficiently and is made to serve a single goal: to produce as much product as quickly as possible. With just 7+ weeks of flowering time and yields somewhere between 'generous' and 'insane', Critical + is THE cash-crop strain. Another mandatory feature of a successful commercial strain is the quality of its smoke, and in this case, the sweet citrus flavor and heavy-handed effects with a mind-bending turn always have customers coming back for more.

A Catalog Of Strains That Could Take Years To Explore

The quality of Dinafem's genetics will definitely impress you, and you may want to stick to this seed bank for your future grows, at least for a while. The company's catalog is large enough to last you for years on end. And when you get curious about what else is out there, we hope you'll turn to our other posts in this series and read about some alternative outstanding varieties bred by other talented teams.

﻿Liked Like 0
Previous article   Next article
﻿Oops, no comments yet. Be the first one to give your feedback!
Add new comment
Recommended articles 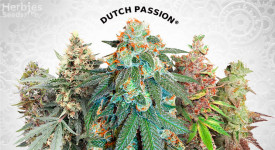 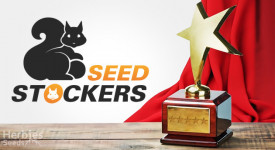 28 June 2020
More Than Just Potency: Top 5 Cannabis Strains With The Best Aroma
Blog Show All
11 August 2020 Does Hotboxing Get You Higher? How To Hotbox And Why You Should Give It A Try 10 August 2020 Green House Seeds’ 5 Celebrity Genetics: Flagship Strains Series 8 August 2020 Freezing Weed: The Pros, Cons And Everything In Between 7 August 2020 Feeding Your Weed The Natural Way: Using Bat Guano To Grow Cannabis 6 August 2020 Feminized Vs. Regular Seeds: A Guide To Help You Choose Between These Two Types Of Cannabis Seeds
﻿News Show all
8 July 2020 Complete List Of Changes In The Work Of Herbies Caused By COVID-19 5 March 2020 Important Notice: Make Sure Your Card Supports 3D Secure 7 August 2020 "How Good A Weed Grower Are You?" Take The Test To Challenge Your Cannabis Growing Knowledge