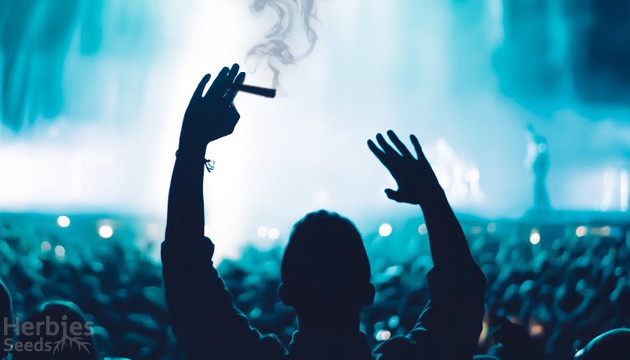 In typical Los Angeles fashion, it’s the end of January but has been a toasty 80 degrees all day. As a prep cook in a trendy West Hollywood restaurant, I don’t get a break from the heat between fryers sputtering with oil, dishes coming in and out of the kitchen, and constant chopping and slicing. I’m still in a good mood this day though, since my shift manager is cool enough to let me get out of work early on a Friday. For good reason, too – I’ve got plans to go see Empire of the Sun play a concert tonight.

My keys turn in the door at 6:15, and I immediately take a cold shower. Once dried off and no longer smelling of onion rings, I don my favorite t-shirt and grab the essentials: phone, keys, wallet… what’s missing? Oh yeah, the weed! I’m not much of a drinker, and some pot is perfect for a show. I’m usually more of a dabs kind of guy, but tonight is different. I want to smoke a joint. Something about puffing away on a big fat doobie before a show just hits differently than the way concentrates can smack you in the face. I’ve got the perfect stuff, too. I don’t do this often, but the weed that I have, Tutankhamon by Pyramid Seeds (AKA King Tut OG), is definitely one of those strains worthy of a detailed smoke report. 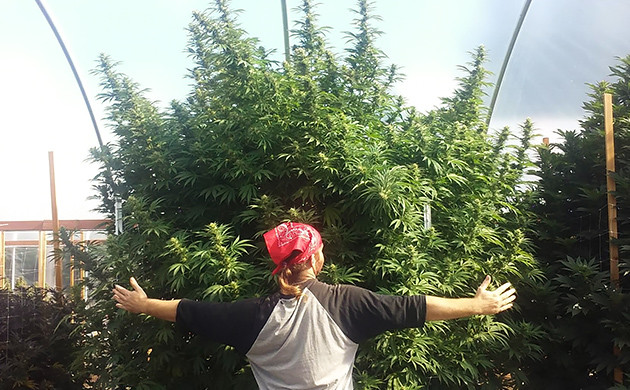 I’ve been growing pot for a couple of years in my backyard, and this year, I decided to bust out a strain I hadn’t grown before: Tutankhamon (Pyramid Seeds). These plants were absolute monsters. Once harvest hit in September, I needed a step stool to cut the top branches! Now, I’m not a tall guy. At 30 years old, I’m only 5’7”, and I know there aren’t any growth spurts in my future. But these plants were probably about seven feet tall, and I don’t have any friends who play in the NBA. Investing in that stool was worth it though, because out of just three plants, I got close to 6 pounds of pot! It was definitely the right call to go for Pyramid Seeds’ Tutankhamon feminized seeds. Needless to say, I have more than enough King Tut weed for this particular occasion. 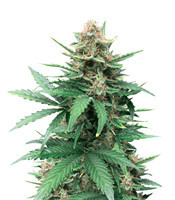 Music, New Friends, And, Of Course, The Tutankhamon Strain 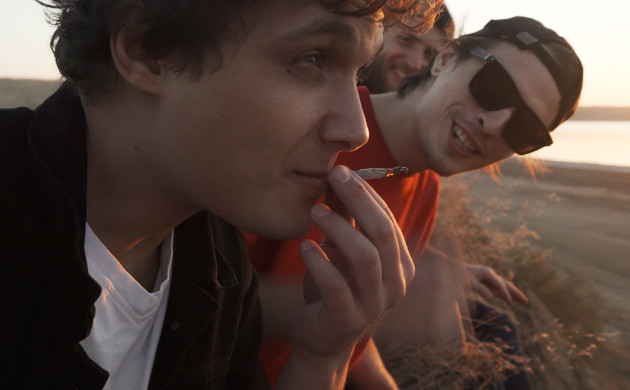 Anyway, I roll a couple of fat joints, stuff them into some doob tubes, and call an Uber. A little after 7pm, I’m stepping out in front of the venue. Doors don’t open for another half hour but there’s already a line forming outside the concert hall. After looking around a bit, it seems to be okay to light up here. A few other people are puffing on joints and vapes or sipping from a flask with their friends. I bust out the lighter and after a moment, I’m engulfed by a small cloud of sweet, skunky smoke.

One of the people in line in front of me lifts his nose to the air, breathes in deeply, and smiles. I give him the ‘sup nod and we get to chatting. Another guy turns around, and the two introduce themselves as Henry and Darren. I can tell they’re both eyeing the joint I’m smoking, so I offer them my homegrown King Tut weed. Sharing is caring, after all.

“Before you hit that, you should know it’s pretty strong stuff,” I say as I pass the doobie to Darren. To prove my point, my body decides that’s a great time to choke on the smoke and go into a coughing fit.

“The Tutankhamon strain is one I haven’t had before!” says Henry as he takes the joint from Darren. The guys explain that they’re both total stoners but had forgotten to bring along any weed. I’m feeling pretty social tonight, and these guys seem cool, so I’m happy to smoke them out before we get inside.

The joint hits almost immediately; before I’ve had time to puff, puff, pass again, I can feel King Tut OG’s effects taking hold. I was already super excited for this concert, and the weed is definitely enhancing that feeling. My body feels light and airy, and the weed buzz fills my brain. We finish the joint just as 7:30 rolls around, and the line starts moving. Before long, we’re through the door, chattering excitedly about the music to come.

As my new group of friends and I tumble into the venue, I can feel energy bubbling up inside me. I notice the other guys seem to be feeling pretty good, too: they’ve both got dopey grins on their faces and are looking around at everything with a sense of wonder. We decide to stick together and head toward the front center of the building crowd. 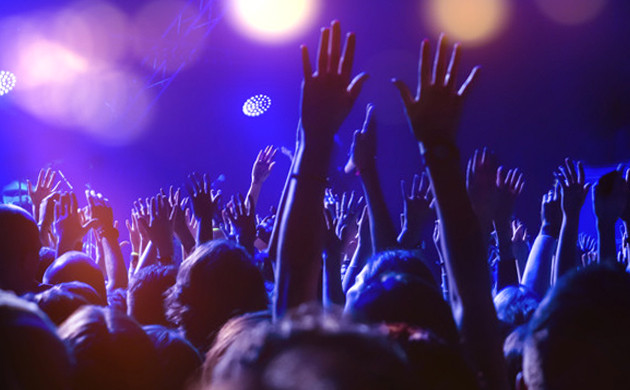 It isn’t long before the main lights dim and the show gets started. The opener has great stage presence and gets the crowd all riled up for the main act. Once Empire of the Sun hits the stage, I’m still riding the peak from the joint earlier. Man, this stuff lasts a long time. I have tons of energy, and I’m able to jump, sing, mosh, dance, and scream through the whole set. King Tut was a good choice for tonight – I’m getting all the euphoria and energy with none of the heavy body stone that you get with other super potent strains. My mind is clear and I’m sucked into the experience, letting the neon lights wash over me, feeling the vibrations of the drums, every power chord hitting me like a wave: this music feels amazing.

Still, all good things must come to an end, and in what feels like no time, the house lights come back on and the concert-goers file out into the street in a daze. After the show, maybe around 10:30 or 11, I step outside with my new friends, still feeling a bit stoned but mostly intoxicated by the evening. We’re all gabbing about our favorite parts of the concert before Darren wishes he’d brought some weed. With a smile, I pull the second joint out of my pocket. Henry pumps his fist. “Yeah! Break out some more of that King Tut OG!”

There’s a little park basically across the street from the venue; we post up there on a couple of benches and start passing the joint around. We’re laughing and having a great time, enjoying the renewed high. King Tut was definitely the right call for tonight, I find myself thinking again – perfect for a night out, super smooth high, next to no body-stone effect. Despite the extra social effects I’ve been feeling all evening, I’m starting to get tired anyway. Sometime after midnight, I decide to call it a night and head back to my place, but not before exchanging numbers with the boys and making plans to smoke more bud together another time. All in all, a great night. I enjoyed it a lot, and I hope you loved my weed trip report on King Tut weed. 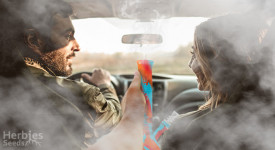 11 August 2020
Does Hotboxing Get You Higher? How To Hotbox And Why You Should Give It A Try
﻿Oops, no comments yet. Be the first one to give your feedback!
﻿Add new comment