Brand New Adult Animation And Psychedelic Strains To Pair It With 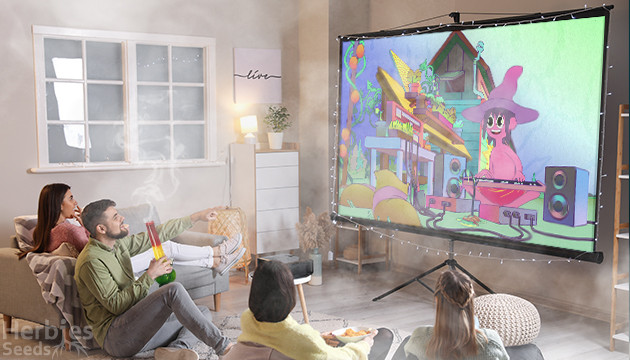 If there was an official rating of the most popular activities to do while high, watching TV would definitely make the top of it. What else is there to do when the feeling of irresistible couchlock hits you so hard you can’t even move? You make one final effort and reach for the remote to put something on. TV is so much better when high, but some shows become even better than others. That’s why today, we’re introducing a list of brand new adult animated shows that are just perfect to watch while stoned – and for the ultimate experience, we’ll also share a list of great psychedelic strains to pair your viewing session with. Let’s go!

Weed And Animation: Is it Even Fun?

Well, ‘fun’ would actually be an understatement. Trust us, if you haven’t watched a cartoon while high yet, you should. Quality animated series and top-grade trippy weed are a match made in heaven. First of all, cannabis just makes anything funnier – it’s a fact.

Second, weed makes you more attentive to the details of the plot and character development that can be easily missed without it. Think of it as adding multiple layers of humor and significance to each scene – it feels simply incredible. Animation is also a great match to a smoking sesh because it’s generally colorful and more captivating to look at. Explore various animation styles to find what you enjoy the most.

Finally, everything is better with friends – share some giggles, describe your feelings toward the characters, or start a conversation about the deeper meaning behind the episode, and you’ll understand why animation becomes so much better when you’re stoned.

Now let’s get to the nitty-gritty of it all. The following animated series are the freshest Herbies picks that were released not that long ago, but which have already proved to be perfect stoner animation. 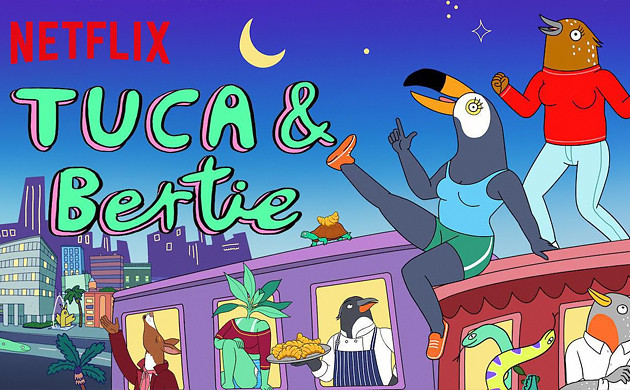 The main characters of Tuca and Bertie, a Netflix original comedy animated series, are two 30-year-old birds living in the same house. Tuca is a carefree party girl and Bertie is a modest dreamer. They complement each other perfectly, and together they go through a series of life's ups and downs. This Netflix original isn’t afraid of presenting complex topics ranging from alcohol addiction to fear of intimacy, but it raises them while maintaining a general feeling of hope and optimism. Light up, turn on an episode of Tuca and Bertie, and you’ll be out of breath pretty soon from laughing and crying out loud as the characters go through the same emotional rollercoaster. 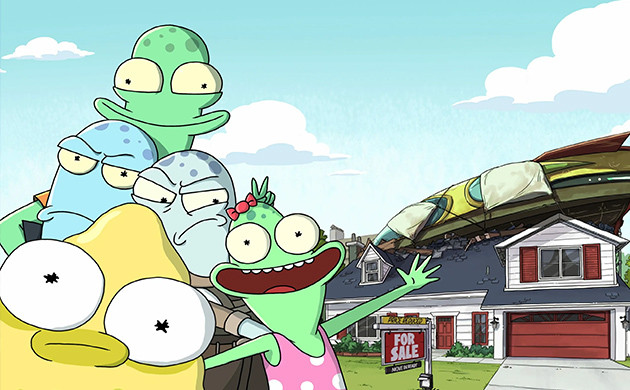 The main characters of Solar Opposites, a new hit show from the creators of Rick and Morty, are aliens fleeing from their dying planet. They crashed on Earth and are now forced to pretend to be ordinary people. Human civilization raises a lot of questions for these guests from another world, and they still can’t completely decide whether it’s good or not. Here’s your opportunity, dear stoners, to look at humanity from a different perspective and spend hours discussing its beauties and downfalls with friends – this show will provide enough material to open a whole stoner debate club! 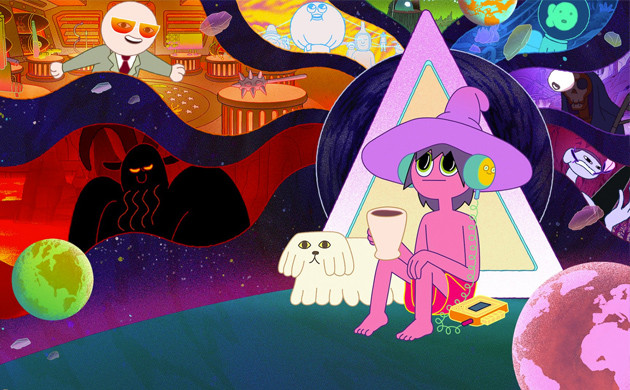 Clancy from The Midnight Gospel is an eccentric guy who, with his sister’s money, bought a used multiverse simulator. This device helps him travel to breathtaking other dimensions and interview local residents there for his spacecast. The topics Clancy chooses are, let's say, interesting: legalization of drugs, spiritual practices, acceptance of death, and so on and so forth. Even though he hasn’t gained much popularity and only has one listener, Clancy’s spacecast is a gift for stoners on Earth! Each episode is a thorough exploration of complicated topics given in podcast format, where each interview is framed by the absolute psychedelic chaos taking place on screen. According to our theory, only the mind on weed can fully untangle everything that’s happening – try it out and prove us right!

Psychedelic Strains For An Enhanced Experience

As Herbies is your guide for everything cannabis-related, we can’t leave you without a list of strains that will turn every episode of the aforementioned shows into an experience to remember. Keep on reading for some hand-picked psychedelic strains – grown-up weed for real adult animation! We’re opening the list with a real bang, Purple Haze Auto – a strain that took its name from the legendary Jimi Hendrix song! The musician was known to love exploring altered states of consciousness, and this should give you a good hint as to how trippy this strain actually is! Perfect for getting lost in the bright colors of animated worlds, this easy-to-grow autoflowering version of Purple Haze will cover you with a heavy blanket of pure euphoria – you’ll binge a whole season before you even know it. The second strain among our picks with psychedelic effects is another legend, Gorilla Glue #4, produced by Original Sensible Seeds. One difference though is that this plant fought for its fame by breaking scissors all around the world with its crazy-sticky resin. The strain’s power doesn’t just end there – its 28% THC content produces an intense couch-lock that’s complemented by a vivid and blissful head high. So, when you choose Gorilla Glue #4 to accompany you through the episodes of animation, get some snacks ready beforehand and enjoy the show that’s just gotten 10x better! Our list of psychedelic strains wouldn’t be complete without LSD by Barney’s Farm, one of the most psychedelic strains out there. What can you expect from a cannabis plant that’s literally called LSD? Everything you’re probably thinking of: an intensely cerebral and psychedelic high with ongoing hits of euphoria. This type of head buzz will make anything happening on the screen exude colors you’ve never seen before and speak to you on a level so deep you weren’t prepared for it, so get ready for a wild ride! FastBuds weren’t playing when they chose to create Gorilla Cookies Auto, a cross of two super potent legends – Gorilla Glue and Girl Scout Cookies. This lovechild was destined to become adored by cannabis enthusiasts worldwide: combining the potency of Gorilla Glue and the flavor of Girl Scout Cookies, Gorilla Cookies Auto is a strain that brings nights in front of a TV to a whole new level with its intense cerebral high and enhanced visual perception. Seed Stockers’ Amnesia got its name for a reason, so while being blown away by everything happening on the screen, give yourself a pinch and try to remember at least something. The strain’s 24% THC content, combined with its pure Haze genetics provides for an intense cerebral high, will just about make your brain melt. Trust us, the bits you’ll actually recall the next day will be enough to keep the conversation going and feed the desire to sit down for another episode.

Get Lost In The Color

Cannabis is a hugely diverse product, and we simply love when it’s so good it makes you trip! Now you don’t need to search for the best psychedelic strains out there – simply come back to this list any time you want to know what strain to grow next for its trippy effects. And before it’s time to harvest, make sure your streaming subscriptions are up and running to watch the witty, zany and beautiful animated series for a 10/10 experience.

﻿Liked Like 0
Cannabis Mother Plants
Mangoes and Marijuana: A Magical Mix You Should Know About
Keep reading

11 May 2020
Cannabis And Coffee: An Elevated Experience
﻿Oops, no comments yet. Be the first one to give your feedback!
Add new comment