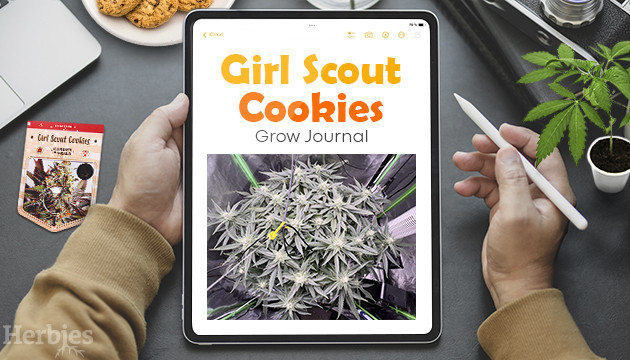 Hello, everybody! Here is my Girl Scout Cookies grow journal. The reason I’m writing this is that I know how helpful such firsthand accounts are, especially for novices or people who want reliable info on a strain’s flowering time, harvest time, yield per plant, etc.

So, if you’re planning a Girl Scout Cookies grow, you may glean some useful strain-specific growing tips from my experience. I raised my one plant in DWC under a 310W LED light in a 3’x4’ tent and harvested 9.5 oz (269 g) after a medium-short veg and only 8 weeks of flowering. 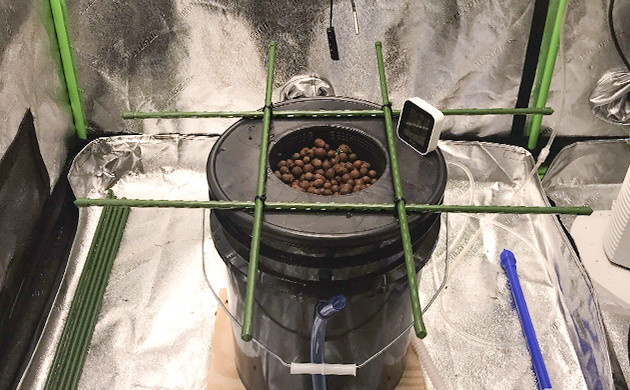 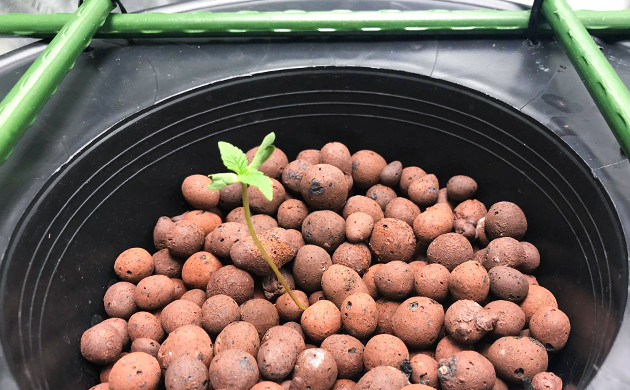 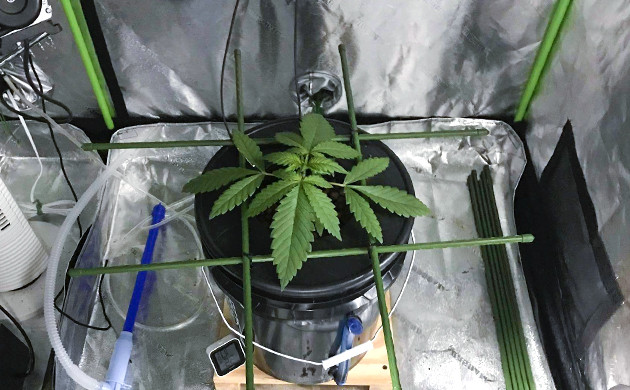 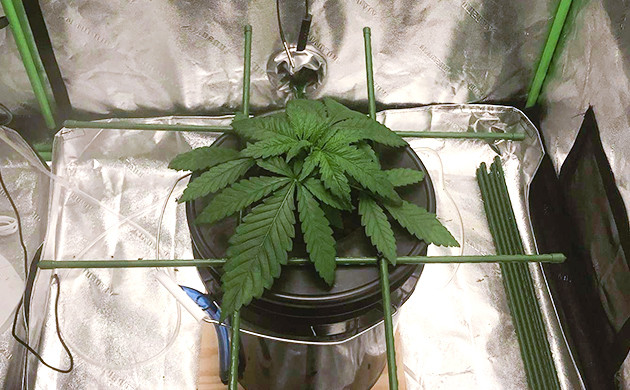 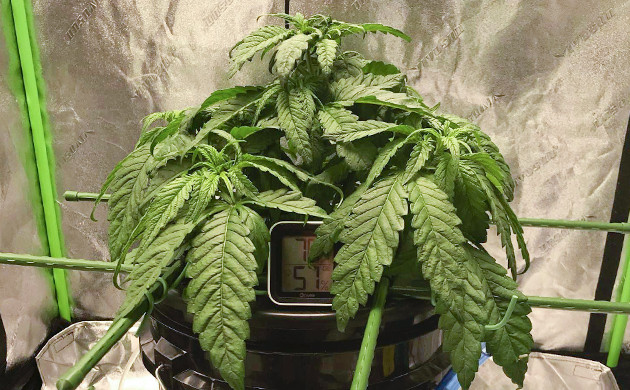 Actually, this was my second run with Girl Scout Cookies (by Garden of Green). I had grown it before in soil and liked the strain’s terpene profile so much that I decided to give it another shot in hydroponics. I was sure the yields would be even better this time, but evidently, I hadn’t figured out hydro enough yet.

I used a 5-gallon DWC bucket, and the seedling was in a net pot filled with expanded clay pebbles. I kept the temperature of the solution at a comfortable 68-71 °F (20-22 °C) throughout the grow and used nutrients from day one.

I started with very small doses (210 ppm) at first. My staple for this run was Flora Series by General Hydroponics, but I also added Botanicare Hydroguard as a source of beneficial bacteria to fight pythium and other nasty stuff that attacks roots in hydro. The roots stayed healthy, just as planned.

On the lid of the bucket, I mounted 4 plant stakes horizontally in the shape of a pound sign (#). I would use it for LST later on, as I’d found that a ScrOG net – being fixed and all – wasn’t convenient for bucket swaps.

The seedling looked quite healthy and soon sported enormous fan leaves. That’s how you know a photoperiod plant from an autoflower – their leaves are bigger than your hands. I had to prune a few of them early on because they were like a cloak shading all lower side growth. The side branches were only 2 inches long by the 12/12 flip, so I couldn’t even do LST ‘til the start of flowering.

The Issues in Veg

This is only a guess, but I think the veg was kinda slow for me, with possible reasons for this being low day temps, poor aeration in the bucket, and inadequate feeding. My goal was to change the water every 15 days, and maybe the first 2-week solution was a bit weak for rapid growth.

The day temp was a bit below the optimal range of 78-80 °F (25-28 °C). I know that seedlings and young plants like it on the warm side. The relative humidity, on the other hand, was quite comfortable at 65%. My system of humidifiers/dehumidifiers and sensors allowed me to keep this level in veg and gradually lower it in flower, and even more toward the harvest – to 45%.

As for root zone oxygenation, I don’t know what happened but my Girl Scout Cookies looked rather droopy and the leaves had that ‘embossed’ look that signals root issues or overwatering. It would all go away during flowering though. 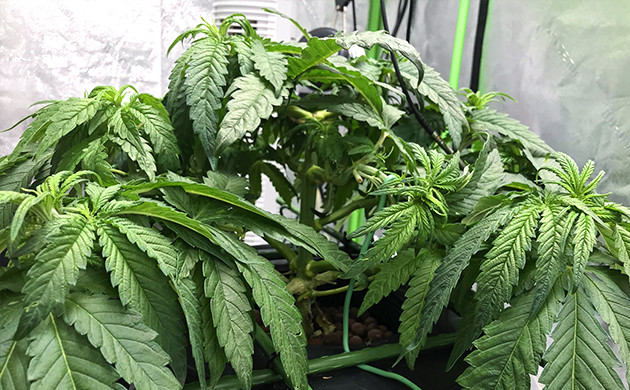 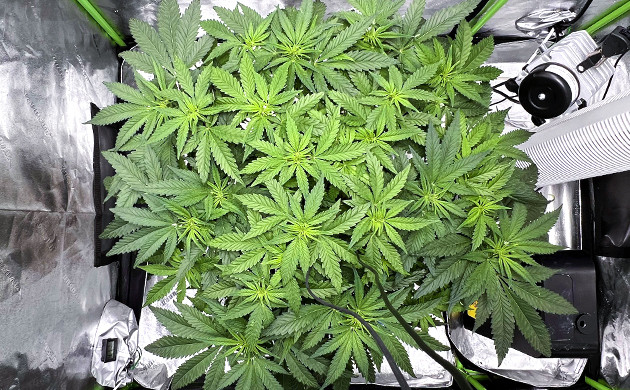 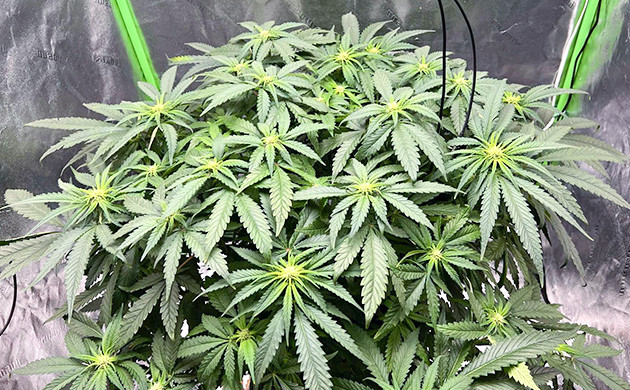 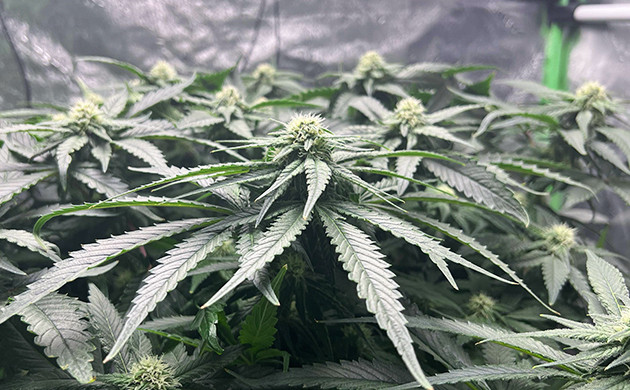 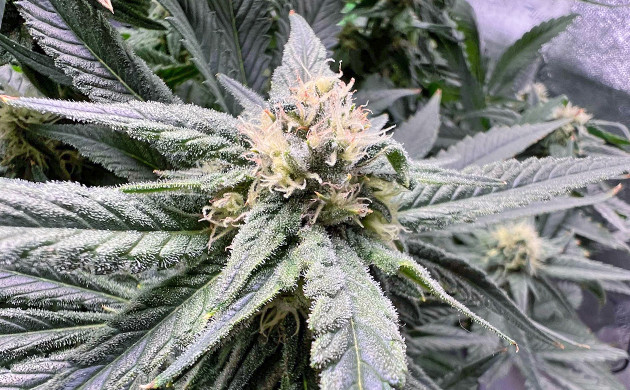 Girl Scout Cookies’ flowering time indoors is very short at only 8 weeks of 12/12 – at least, this was my experience with this weed strain in DWC (on the other hand, DWC speeds up the veg, not flowering).

During the first 3 or 4 weeks into flowering, it was all about training. The girl was trying to grow into the light, and I was patiently tying down every branch and securing them to my #-shaped trellising contraption.

I’d say my Girl Scout Cookies was modestly branchy by nature – she had more than two dozen tops in the end, but those at the edges were noticeably shorter. Nevertheless, I did a pretty good job at training her. She didn’t even double in height between the start of 12/12 and harvest. By the time the flowering stretch ended, she was only 20” high.

Some Details on Feeding

Naturally, I changed the ratio of the three Flora Series components so that now, my Girl Scout was supplied with less and less nitrogen while getting more and more phosphorus and potassium. Since the latter two are so important for budding, I introduced a PK-rich formula – Fox Farm Beastie Bloomz – in the fourth week of 12/12.

Later, I would add Fox Farm Cha Ching with its extra heavy dose of phosphorus to bulk things up. Another important product was Botanicare Cal-Mag Plus, as increased levels of calcium and magnesium are something a grower should never ignore, especially in hydroponics and coco. The trick is not exceeding the overall TDS of the solution, keeping in mind as well that healthy levels are different for every strain.

This particular Girl Scout Cookies of mine proved to be a light feeder – she did okay at 700 ppm but showed signs of distress at 900 ppm. This happened in the fifth week of flowering, and I had to dial it down back to 800 ppm. However, some of the tips got burned and stayed burned (which is a sign of overfeeding).

By the way, this is why beginner growers find hydroponics so daunting – the plants punish you for your mistakes right away and the help needs to come immediately. It’s much easier with soil, where everything gets buffered: the issues build up slowly and give you time to read up or ask around.

The Timeline of Budding and Frosting Up 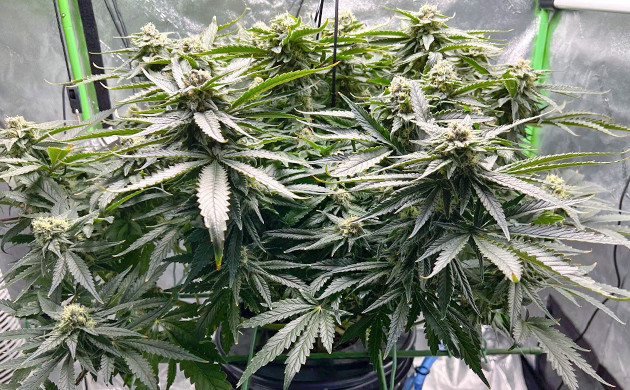 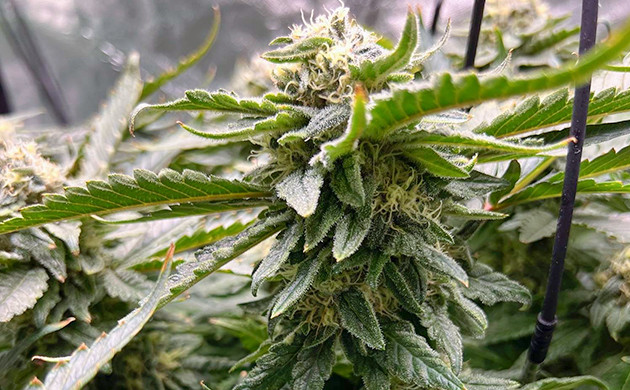 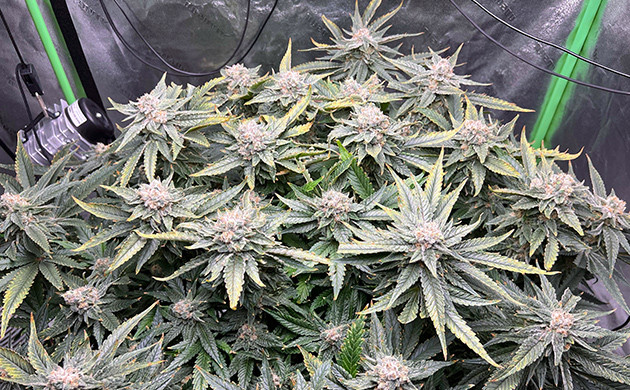 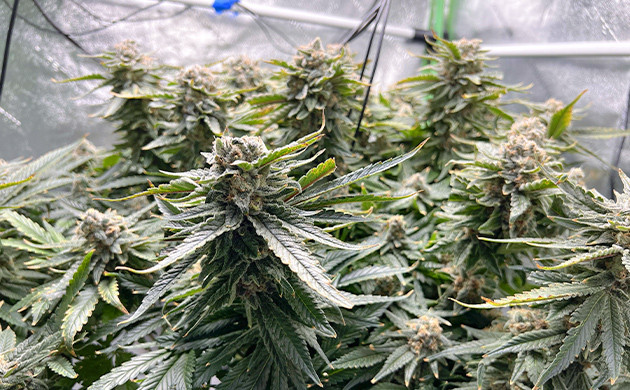 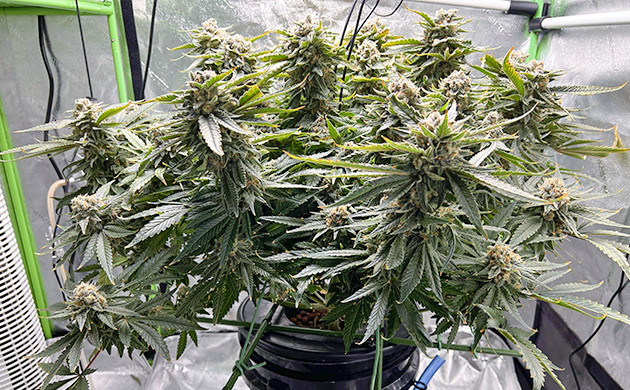 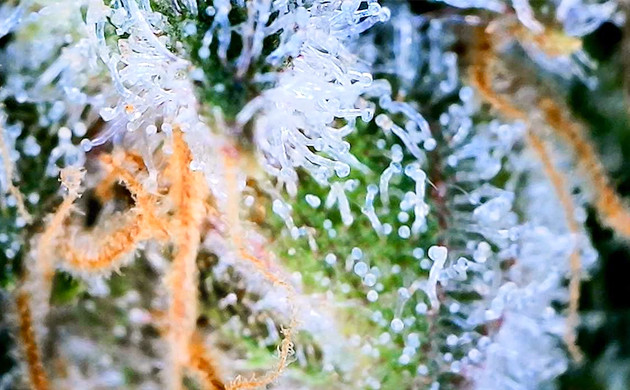 My Girl Scout Cookies began to flip two weeks into 12/12, and by week 3, there were bunches of female pistils on every top. They began to stack up fairly quickly and filled every gap on short, sturdy branches. I’ve already mentioned how huge the fan leaves were in veg. Well, the colas were quite leafy as well – too leafy for my taste, to be honest. There was already good trichome coverage midway into flowering. The smell reminiscent of cookies in the oven appeared even before the switch to 12/12 and got super strong by harvest. 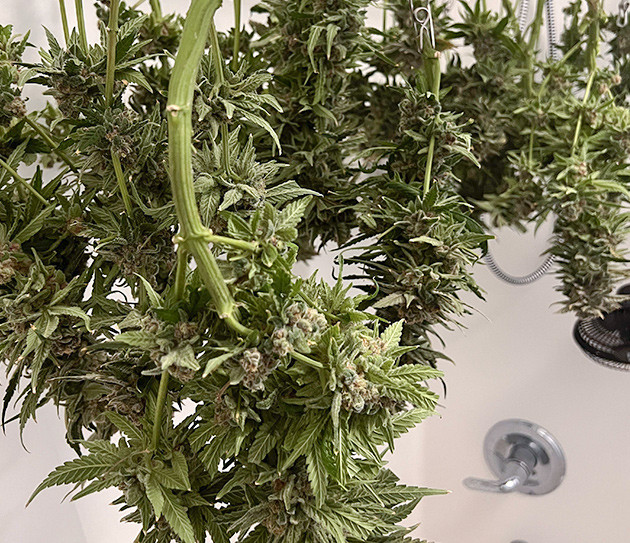 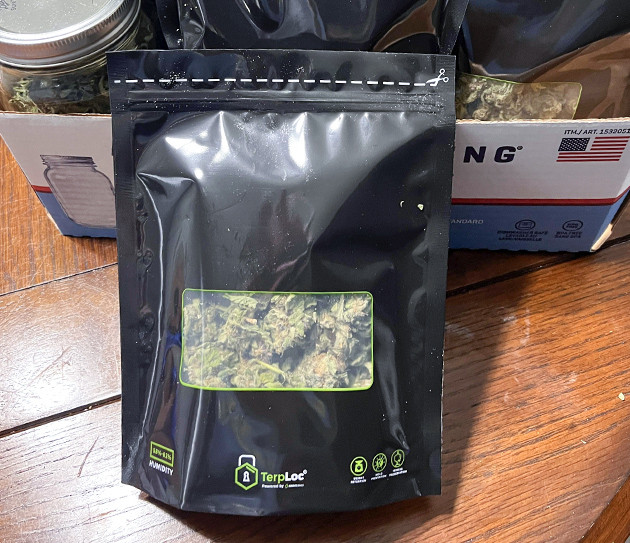 The buds matured at a breakneck speed. In week 7, most of the trichomes turned cloudy, and I only managed to bring the TDS down to 700 ppm before they showed lots of ambers and purples. This took me by surprise, but luckily, you only need a couple of days of flushing in DWC, so, I quickly cleaned my lady of any built-up salts and chopped her after 8 weeks of 12/12.

Trimming was a pain in the neck, I can tell you that. After a while, I just stopped caring about getting the nuggets trimmed perfectly. In the end, it didn’t matter anyway because the trim was resinous and delicious – just like the flowers. So, I just grind them now as one top-shelf product and enjoy the potent uplifting smoke that it produces, along with this strain’s signature terp profile. 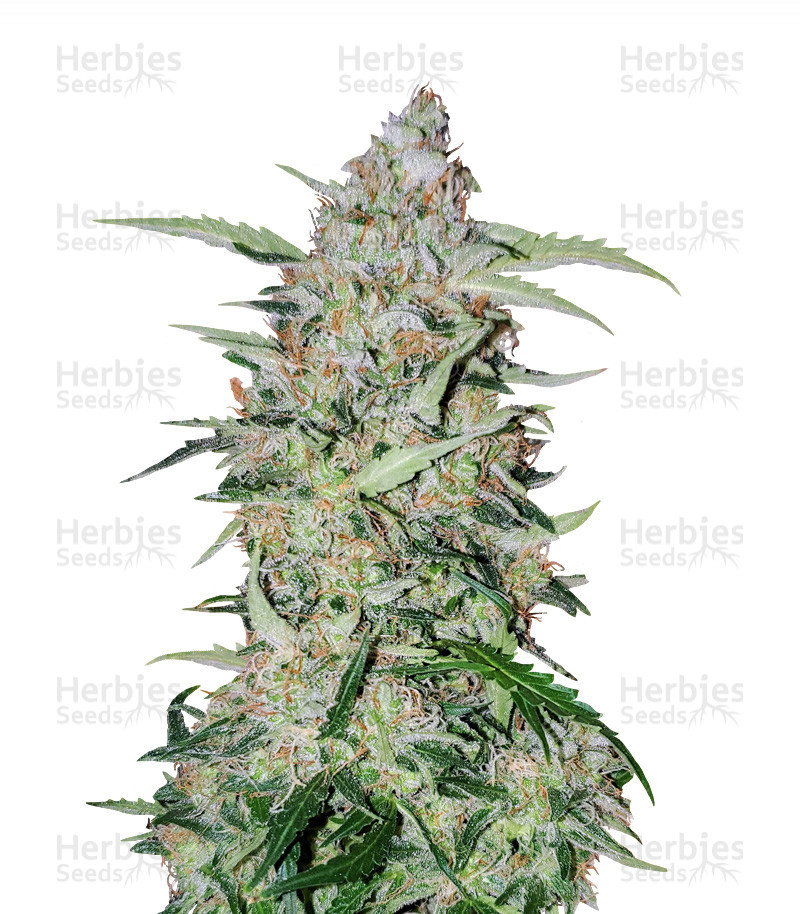 That’s it. Not exactly a grow guide, I know, but I hope it’ll give you enough grow info to push this wonderful weed to the limit. My advice is to not overdo it – Girl Scout Cookies seems to like moderate doses of nutrients. I also think that topping her would have made the canopy even flatter and led to a bumper harvest. By the way, my previous yield per plant (in soil) was 10 ounces.

To sum it up, if you want an easy-to-grow plant, with a grow time almost like an auto and a potent, tasty smoke, don’t doubt – try Girl Scout Cookies. Happy growing!

﻿Liked Like 1
Cannabis and Art: The Most Prominent Weed Lovers You Should Know
How to Make THC Bath Bombs at Home: A Step-By-Step Guide
Keep reading 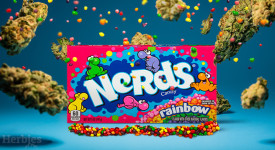 16 September 2022
How to Make Weed Nerd Ropes: An Easy Recipe to Try at Home 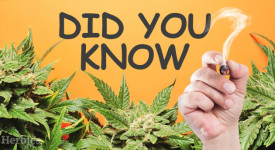 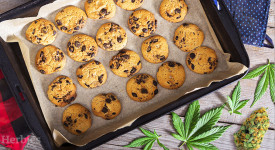 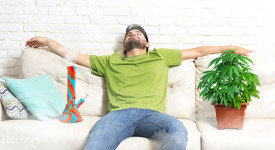 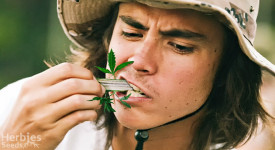 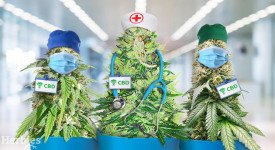 12 April 2022
Best High-CBD Autoflowering Seeds of 2022
﻿Oops, no comments yet. Be the first one to give your feedback!
﻿Add new comment