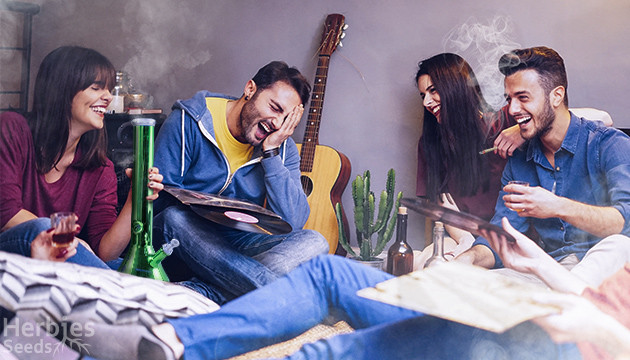 Tonight, a few friends and I are heading to a party in the neighborhood. It should be a relatively small get-together, maybe 20 people or so. We all meet up at my place around 8pm before making our way to Rachel’s house.

As we’re walking to the party, my friend Brian tells us about this strain he harvested not too long ago: Do-Si-Dos OG. None of us had heard of it before, so he tells us a little about it. Do-Si-Dos OG is a weed strain crossed from two types I’ve tried before: Girl Scout Cookies and Colorado Ghost OG. Brian ‘warns’ us that the strain is super potent: 28% THC! I’m a pretty darn experienced smoker if I do say so myself, but I don’t think I’ve ever tried weed that strong before. I’m looking forward to it, hence I’ve decided to write this strain review on the effects of Do-Si-Dos. For reference, I am a 24-year-old woman.

Getting High With The Do-Si-Dos OG Weed Strain: 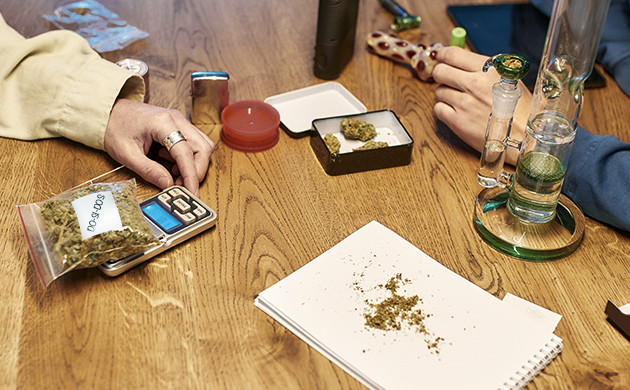 As we walk through the door, I’m surrounded by familiar faces and the thump-thump of electronic music. Everyone’s smiling, drinks in hand, some people are smoking. I know most of the people here and make the rounds saying hello to everyone. Throughout the house, the vibe varies: there are a few people dancing to the music in the kitchen, some playing video games in the living room, and of course, the weed smokers are already congregated in Rachel’s bedroom. We all hang out for a while, some of us drinking beer or wine.

After getting comfortable, maybe an hour later, several of us take a seat on the floor in the bedroom and Brian gets to work. He pulls a bong out of his backpack, along with a water bottle, grinder, and a jar of huge buds.

Being High: Effects Of Do-Si-Dos OG

After passing the bong around several times, loading up a fresh bowl as necessary every so often, we’ve succeeded in filling the room with smoke as well as getting ridiculously high. All of us now look like stereotypical stoners: dazed expressions, bloodshot eyes half-hidden by drooping eyelids, goofy smiles. Damn, this kicked in fast! I was feeling it after the first bong rip I took, but by now I’d probably hit it at least five times and am feeling really, really baked. Brian was right, this strain is potent!

We all gravitate toward Rachel’s sweet gaming setup, as it’s being abandoned by other partygoers. The game of choice this evening? Mario Kart. I slump onto the couch immediately, feeling myself getting more and more stoned. A wave of relaxation washes over me as the first race gets started. I’m usually a pretty competitive Mario Kart player but this time my reflexes are slower, and I can’t help but laugh when I end up in last place. After several rounds, our friend Steven is declared the winner of the cup. Big surprise… not! He always wins.

I start to notice that after 30 minutes or so of playing, the intense body stone I was feeling has changed. It’s hard to explain how I feel now – I’m still incredibly relaxed and high, but instead of feeling locked to the couch, I now want to run around, explore, go on an adventure! I can’t help but bounce my legs a little bit to the music with all my newfound energy, although my legs had felt too heavy to move before.

“Is anyone hungry?” my friend Emma asks, and my stomach rumbles at the idea of food. Yes, I’m hungry. I’m starving. I could eat a mountain of food. It takes us a while to rally the troops, but soon enough, we have a squad of stoners ready to trek to McDonald’s, which is a 10-minute walk away. On our journey, not one of us is able to walk in a straight line, and we spill out into the street a few times. Alex, a guy we met at the party, is cracking jokes and skipping around like a kid. I’m feeling light and bubbly and am laughing more loudly than usual. Walking to get some greasy food is just as fun as the party!

Soon we see them: the golden arches. Alex starts chanting hallelujah as he pushes the door open, and we all bust up laughing. I’m momentarily overwhelmed by the bright lights inside the McDonald’s, and have to take a few steadying breaths while I remind myself how to order food. I do my best to pretend not to be high, but I’m pretty sure the cashier figures it out when I have a hard time counting out my cash to pay. Oh well, I’m sure they’ve seen more stoned people than me in here.

We grab our food to go and have a walk back similar to the one there, but this time it’s a little quieter since Steven and Alex are eating their burgers as they walk. Us girls are walking ahead of them, giggling about our difficulties ordering the food. The walk goes by in a flash, and we head back to the party for a night of more smoking, video games, and music. 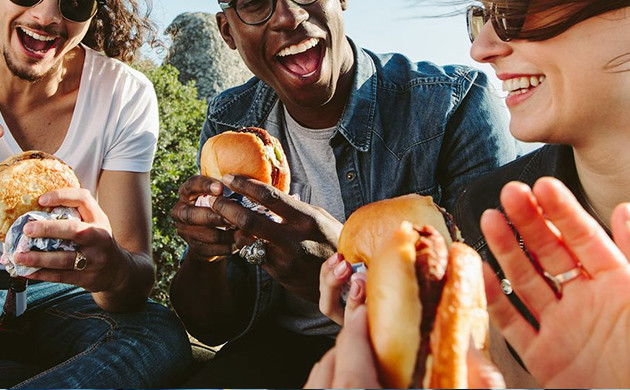 Impressions Of The Evening With Do-Si-Dos OG:

Rachel’s party was super chill, a really nice low-key get-together with friends. Brian really came in clutch by bringing along Do-Si-Dos OG, and I’m glad I got to do an mmj review for my first time trying this strain. Since I’m no amateur when it comes to smoking weed, I wasn’t truly overwhelmed by this strain, but I can see how it could be overwhelming for a less experienced smoker. Overall, I would totally smoke it again while partying, although at first, I wasn’t so sure due to how stoned I felt. But in the end, we had a great time on our adventure for food, and I really enjoyed how my high evolved from a full-body stone to an uplifting high that had me buzzing and full of social energy. I’d rate Do-Si-Dos OG a 9/10; the only thing that would have made it better is if we’d better prepared for the munchies! 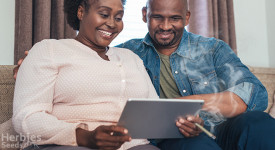 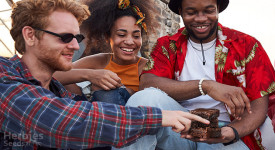 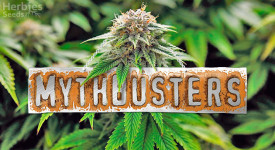 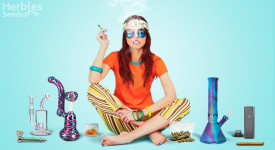 31 March 2020
What Are The Most Common Ways to Smoke Weed?
﻿Oops, no comments yet. Be the first one to give your feedback!
﻿Add new comment
Blog Show All
26 May 2021 HERBIES QUIZ: What Herbies Strain Is Right for You? 17 June 2021 Easy ScrOG Without a Net: Simple Cannabis Plant Training 16 June 2021 Latest Cannabis News (June 16, 2021): Free Joints, NFL CBD Research, and Dr. Ganja 16 June 2021 Top 10 Rare Strains of Cannabis That Are Worth Growing This Year 15 June 2021 Cannabis Seeds For Sale In Los Angeles: All The Best Strains To Grow In LA Are Here 18 June 2021 Blue Gelato 41 Grow Report: Late Start, Monster Bush at Harvest 11 May 2021 How To Quickly And Successfully Germinate Cannabis Seeds 18 March 2021 How To Grow Weed Outdoors: Step-By-Step Guide For Beginners
﻿News View all
27 April 2021 Bank Transfer Method Update 21 August 2020 Complete List Of Changes In The Work Of Herbies Caused By COVID-19 15 June 2021 The Hemperor’s Birthday: 35% Off Jack Herer Seeds